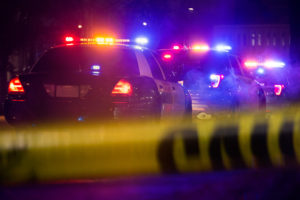 January 31, 2020 – Cincinnati-based Novak Consulting Group has been chosen to conduct a nationwide search to find the next chief of police for the Town of Oro Valley in Arizona. Current chief Danny Sharp plans to retire on Feb. 21. The chief of police reports directly to the town council, which will make the final selection.

The council’s decision to enlist Novak Consulting Group came after disagreement among its members over whether the search should be only internal or if the town should consider both internal and external candidates, according to the Marana News.

The final cost of commissioning the Novak Consulting Group was $24,900, the newspaper said.

“The selection of a police chief is the single most important appointment that this council will make,” mayor Joe Winfield said at a council session earlier this year, according to the Marana News.

To help better understand the values, characteristics and needs of Oro Valley, and to create a process and job brochure tailored specifically for the community, Novak Consulting Group interviewed each member of town council, chief Sharp, the police department’s command staff, the town manager, members of senior management, the Fraternal Order of Police, the Oro Valley Police Officers Association and others.

A community survey was also conducted to gather public input for consideration. This input was expected to assist the Novak Group and town council in gaining a better sense of residents’ expectations for the next chief as candidates are evaluated, said the town. A summary of that feedback was to be provided to the finalists, ensuring the successful candidate understands the priorities of the community when they begin their new role.

Nearly 700 residents responded to the survey, with the most common trends being that the next police chief should be “someone who knows the town,” is “experienced” and is “full of integrity,” said the Marana News. Novak also conducted a focus group with 10 Oro Valley community, business and educational leaders, finding a “strong bias toward the internal candidate,” and for someone who would want to keep the culture of the current police department.

Novak Consulting Group, which opened the search nationally on Nov. 1, was expected to begin its pre-screening process in mid-December, presenting only fully qualified candidates to council for consideration in early January. The pool of initial applicants was to include eight to 12 candidates.

Based on council’s direction, the pool was to be finalized to a list of candidates that would be invited for in-person interviews. That interview process was to include real-world exercises that reflect scenarios that may be challenges for Oro Valley’s next chief of police, said the town. All interviews and council candidate deliberations were to be held in executive session.

Council’s selection was expected to be finalized by the end of January. The decision was to be made via council vote in an open, public meeting.

Oro Valley, which is just north of Tucson, has a long-held reputation for public safety and has garnered such accolades as “Safest City in Arizona,” “One of America’s 10 Safest Suburbs,” and “Best Place in Arizona to Raise Kids.”

The Novak Group specializes in local government consulting and executive search services. The firm has completed more than 150 searches, successfully working with organizations to identify and retain ideal candidates who meet each organization’s unique needs and expectations.

The firm was founded as the Novak Group in 2009, when Julia D. Novak acquired Public Management Partners, a highly respected management consulting firm that had a sizeable client base of predominantly local governments in the Midwest and non-profit organizations. The Novak Consulting Group has built on Public Management Partners’ reputation for innovation and results while expanding the company’s services nationwide. The firm meets a wider range of need, consulting with governments in the areas of public works, public safety, human resources, finance, planning, IT and more.