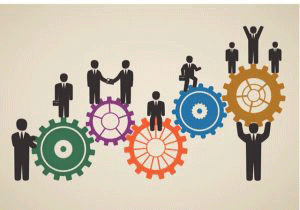 February 11, 2019 – Talent acquisition strategies at many large companies have become as complex as their balance sheets. At most companies, the chief human resource officer (CHRO) has come to play a vital role in overseeing an organization’s broad-based workforce.

The chief people officer, on the other hand, typically goes beyond overseeing an organization’s people policies. Instead, the focus is on building talent as a key competitive advantage, with greater emphasis on culture, which includes values, ethics and the company’s mission.

“Deb has a phenomenal track record building strong, people-focused business cultures for some of our industry’s most dynamic companies and we are pleased to welcome her to NCC,” said Nicolle Pangis, CEO of NCC Media. “She’ll play a key role in our growth efforts, helping us strengthen our positioning as a top company to work for and leading the charge in attracting, retaining and developing great talent.”

Ms. Josephs has broad experience building employee organizations at firms including IAC Applications, eXelate and DoubleClick. She joins NCC from IAC Applications where she served as chief people officer, managing all facets of the company’s HR function. In this role she implemented multiple organization-wide training, mentorship and leadership programs, helping to shape a positive, agile and high-performing workplace environment.

Earlier, Ms. Josephs played a central role in the success of DoubleClick where as VP, human resources she implemented employee retention programs, built a global HR team and facilitated the integration plans in preparation for their acquisition by Google. She has also served as SVP, people operations at eXelate and EVP, human resources at Everyday Health. Her previous experience includes HR management positions at the McGraw-Hill Companies, Standard & Poor’s and Ogilvy.

NCC Media describes itself as the only media, data and technology company that represents television and video programming providers in every U.S. market. It helps national, regional and local marketers to reach consumers in premium television programming and in targeted online content on every screen.

“NCC Media has built an incredibly close-knit team of high performers working to build the next generation of TV advertising,” said Ms. Josephs. “I look forward to helping lead company growth in the next stage of our development.”

In recent months, search firms have helped companies find new chief people officers across the nation. Here is a sampling from the Hunt Scanlon Media archives:

The National Business Aviation Association (NBAA) in Washington, D.C., recently launched such a search for a new chief people officer and selected Vetted Solutions to lead the assignment. President and founder Jim Zaniello is spearheading the search. The incoming leader must have at least 10 years of senior-level and general management experience in human resources programs and initiatives.