Stay Connected:
Seeking to put past problems behind it, the historically black university has hired Larry Scott, who most recently proved his mettle at the University of Florida, not to mention a host of earlier engagements. Behind the scenes, CSS and Buffkin/Baker helped make this hire a reality. 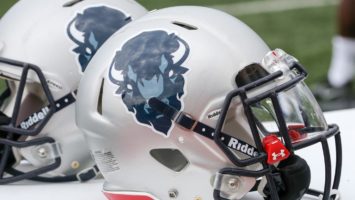 March 2, 2020 – College Sports Solutions (CSS) and Buffkin / Baker have teamed up once again, this time to recruit Larry Scott as the new head football coach for Howard University, a chartered historically black university in Washington, D.C. Jeff Schemmel, president of CSS, led the search along with Dan Walters of Buffkin / Baker.

“We are proud to welcome coach Larry Scott to the Howard University family,” said Howard University director of athletics Kery Davis. “After a thorough search and several qualified candidates, coach Scott was the clear choice to lead Howard’s football program, given his experience and passion for students and the game. I’d like to thank our search firm, Jeff Schemmel from Collegiate Sports Solutions and Dan Walters from Buffkin/Baker, for their help during the search process.”

Mr. Scott takes over a program that had been reeling from the suspension and subsequent resignation of Ron Prince as head coach in December amid the school’s investigation into allegations of verbal abuse and player intimidation. The team finished 2-10 last season with assistant Aaron Kelton serving as interim coach for the final three games.

“I am excited to have coach Larry Scott join the Howard University athletics program as our head football coach,” said Wayne A. I. Frederick, president of Howard University. “His experience recruiting, training and molding student athletes to excel on the gridiron and in the classroom are aligned with Howard’s mission and values. I invite the entire Bison community to get their tickets now and let’s fill Greene Stadium in support of this new decade for Howard football.”

“The great Howard University tradition academically and the opportunity to take this football program, be a part of the athletic community as a whole, and push that brand up to the top where we match the academics,” Mr. Scott said. “We talked about wanting to make Howard one of those universities that are synonymous with the universities that have high academic standards, but also play and raise the level of athletics to a level too. We want to have great balance, and when people say the word Howard they’ll be like ‘Wow they’re excellent in everything.’”

From its outset 1867 Howard has been nonsectarian and open to people of all sexes and races. It offers more than 120 areas leading to undergraduate, graduate, and professional degrees. U.S. News & World Report ranked Howard tied for 104th among national universities, and second among historically black colleges and universities (HBCUs) for 2020. Howard is the only HBCU ranked in the top 40 on the Bloomberg Businessweek business school rankings.

Last year, CSS and Buffkin / Baker formed a partnership, combining their executive search services to better serve universities and colleges, intercollegiate conferences and collegiate athletic organizations. The two organizations collaborate in all areas of the executive search business at many of the nation’s leading institutions. “The newly formed partnership with College Sports Solutions will further enhance our higher education practice,” said Martin Baker, managing partner and head of the higher education practice at Buffkin / Baker. “Exemplary search relies on the ability to adapt to the changing collegiate landscape and we are thrilled to be collaborating with CSS to ensure continued success in this area.”

Buffkin / Baker has completed more than 550 searches for universities and colleges across the country. The firm recently conducted searches for a number of institutions in the Power Five conferences, as well as leading liberal arts colleges, AAU institutions and regional universities. The firm’s office locations include Nashville, New York, Washington, D.C. and Winston-Salem, NC, with affiliate offices in London. Buffkin/ Baker is a member of Panorama Search, an international federation of retained firms with 18 firms and over 30 offices globally.

Search Firms Partner to Recruit Head Football Coach for University Northern Colorado
College Sports Solutions and Buffkin / Baker have collaborated to recruit former Denver Broncos wide receiver Ed McCaffrey as the 16th head football coach for the University Northern Colorado. “It is a great day for UNC, and the Bear community,” said Dick Monfort, University of Northern Colorado board of trustees chairman. “Ed McCaffrey checks every box, great football mind, proven leader, fierce competitor and an incredible human being. We look forward to Eddie and his family being a part of our Bear Nation.”

With over 25 years of intercollegiate athletics management experience, Mr. Schemmel is a former athletic director who has served in key leadership positions within the NCAA, the Mountain West Conference and Conference USA, and at schools in the Big 12, Big Ten and Pac-12 conferences. He was director of athletics at San Diego State University from 2005 to 2009. During his tenure, he negotiated the school’s first comprehensive apparel/equipment contract with Nike and was responsible for hiring and retaining many of the school’s successful coaches and administrators.