Menu
View our Events
Stay Connected:
Despite general acceptance that the economy will eventually turn south, only eight percent of senior leaders say they are ready for a downturn. CHROs say their teams lack agility and experience. Here’s some brand new insight from Russell Reynolds Associates. 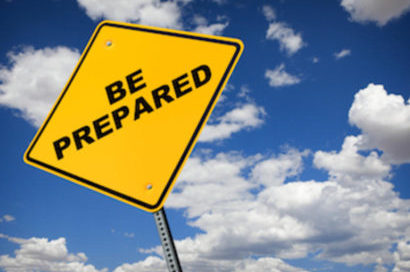 July 19, 2019 – At a time in which many believe recession to be inevitable, chief human resources officers and their teams are ill-prepared for an economic downturn, according to a new report by Russell Reynolds Associates.

CHROs are even less confident in the level of preparedness of their teams, said the Russell Reynolds Associates Downturn Survey. Just three percent of CHROs said their team is well prepared to respond, in comparison to seven percent of general counsels and five percent of chief operating officers.

The survey sought to gauge just how worried senior executives are and whether that concern is translating into action. Just five percent of CHROs said they believe that an economic downturn is highly unlikely in the next 18 months, said the search firm.

“If a recession is deemed so inevitable, the key question is whether the fear of one is instigating a response among senior executives,” said Russell Reynolds Associates. “Are advisors to the CEO putting into place contingency plans to ensure they are well prepared to manage in the event of the market turning?”

CHROs gave several reasons for feeling underprepared, most frequently citing the greatest weaknesses of their team to be a lack of agility and experience, said the study. Some CHROs said they believe their biggest weakness sits outside of the HR function. “I would be concerned about the lack of leadership competency in the broader organization to address a significant economic downturn,” said one. Another simply pointed to “line management” as their biggest weakness.

“That’s unsurprising, really, given HR’s concern for having the right talent in place — a concern which naturally extends beyond the HR function,” said the report.

The Best Ways to Foster a CEO / CHRO Relationship
The relationship between a CEO and CHRO is possibly the most unique in the corporate world. When fostered strategically, the dynamic between the person at the helm of the company and the head of HR can drive a business to greater heights.

When senior executives were asked to rank the three most important functions in managing through a downturn, there was agreement among peers of the CHRO that the CEO, business unit leaders and the finance function took first, second and third places, respectively. A mismatch, however, was seen between CHROs and their peers, with CHROs ranking the HR function as the third most important area of management, replacing finance.

When CHROs were asked to consider the aspects of HR that would be most important in the event of a recession, leadership and coaching came out on top, accounting for 27 percent of responses. “If an organization waits for a recession to hit before discovering that they have the wrong leadership in place, they will find themselves on the defensive,” said the search firm. “Through a focus on leadership and coaching now, HR can help the organization to equip existing leaders with the tools they’ll need to manage through a recession. Not only that, HR can identify gaps in leadership which might require new hires to be made ahead of a potential recession hitting.”

The take-home message is all around preparedness. “These are interesting times, and who is to say whether the furor surrounding a potential recession will in fact become a reality? While we can hope for the best, it certainly never did anyone any harm to prepare for the worst — something CHROs and their C-suite peers should keep top of mind during these calmer times,” said the report.

Here’s Why Game Changing CHRO Talent Is In Big Demand
CHROs have made big strides as strategic game changers and sounding boards for CEOs. The best ones are now critical C-suite players. That is making the hunt for first-rate HR leaders a highly competitive business. Three HR recruiting rivals take us inside their work.

Research on successful executives is increasingly showing that leaders who thrive at the senior-most levels of organizations are able to manage competing sets of competencies – pairs of psychological traits that, on their face, seem to contradict each other, said another report by Russell Reynolds Associates.

“They can be both pragmatic and disruptive, reluctant and risk-taking, vulnerable and heroic, and connecting and galvanizing,” said the study. “We call these four pairs of traits Leadership Span.”

Leaders who can “span” are able to be high-level, long-term performers, more so than their peers, said the executive search firm. They are able to flex and adjust for changing circumstances, inside and outside their organizations. They can change and grow as their companies, markets, competitors, and customers shift.

Several of these characteristics will be critical for CHROs in the future: “As companies position themselves for innovation, CHROs will need to be more risk taking and disruptive,” said Russell Reynolds Associates. “This isn’t to say that they take their eyes off the risk management aspects of their job, or make foolish and ill-advised moves, but that they think about how HR can enable disruption, and how the company can support new hires who are perhaps significantly different than the typical employee. Being risk taking and disruptive builds on their natural proclivity to push back against group think.”

As organizations enter into more alliances, and transform themselves from single monoliths into networks of organizations who share common goals, CHROs will need to help the organization become more connecting. “Existing efforts to build networks within the company will need to shift to focus on building networks across organizations,” said Russell Reynolds Associates. “HR professionals will need to rethink their approach to helping employees come together on common goals, even if they don’t share common employers. Being connecting builds on their tendency to be good listeners and to make the workforce feel heard and represented in the corner office.”