Menu
View our Events
Stay Connected:
Proper use of the human resources leader can produce great benefits for any chief executive and the company. It is crucial, however, to avoid misalignment or ambiguous responsibilities, which can lead to problems. Here’s a new report from Slayton Search Partners. 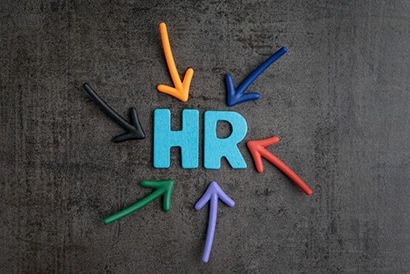 July 9, 2019 – The relationship between a CEO and CHRO is possibly the most unique in the corporate world. When fostered strategically, the dynamic between the person at the helm of the company and the head of HR can drive a business to greater heights. But a new report by John Doyle of Slayton Search Partners finds that when that dynamic is one of misalignment or blurred responsibilities, it can singlehandedly take an organization down unproductive paths.

Many key executives report directly to the CEO. Consider the chief financial officer, for example. “This is typically someone with a highly specialized background in finance who has grown through the management ranks into the executive level,” said Mr. Doyle. “When CEOs and CFOs interact, the dynamic is one where the CEO relies heavily on a CFO’s extensive knowledge of financial best practices. The CEO sees a clear line between responsibilities for their role and the CFO’s role, and understands he or she must rely on the CFO to ensure financial processes and decisions support the overall strategy.”

“Oftentimes a CEO’s leadership team is viewed as a three-legged stool between the CEO, CFO and CHRO,” said Mr. Doyle. “Unfortunately, the relationship between the CEO and CHRO is not as clear-cut, causing confusion and frustration.”

A recent report from Development Dimensions International, the Conference Board and EY found that only 11 percent of CEOs view their HR chiefs as anticipators, able to forecast talent needs and provide the insights that support business planning. When HR is viewed as reactive and not strategic, CHROs are not given opportunity to demonstrate how their expertise can add value. Too often, this becomes a self-fulfilling prophecy relegating HR to an administrative, rather than strategic, function.

John Doyle has more than 20 years of executive search experience, specializing primarily in the human resources function. He has recruited a number of chief human resources officers, as well as group level generalists and functional specialists across a wide variety of industries for companies of all sizes. As an HR professional, Mr. Doyle has directed the development of recruiting, training and management assessment strategies to support the company’s business objectives.

Why are CEO-CFO relationships generally more productive than CEO-CHRO relationships? “Many CEOs have spent meaningful time in profit and loss roles where they’ve gained a strong foundation in sales, marketing, finance, and operations,” Mr. Doyle said. “Some have even held significant staff roles in those functions. Very few have ever rotated through HR. Ironically, however, many CEOs fancy themselves as HR experts with an innate ability to identify, select and develop talent. Some do excel at this, but many do not. It’s a delicate situation for CHROs to address. It takes courage, finesse, and credibility to become a trusted advisor.”

Mr. Doyle pointed to Mary Barra, chairman and chief executive officer of General Motors, as a rare example of a CEO who spent meaningful time in HR. From 2009 through 2011, Ms. Barra served as vice president of global human resources. Her earlier experience included stints in engineering, manufacturing and product development. Shortly after becoming CEO, she took a page out of her HR playbook when she decided to change General Motor’s archaic 10-page dress code policy to two words – “dress appropriately.”

Why the CEO / CHRO Relationship Is Essential
In partnership with CEOs, chief human resource officers (CHROs) are playing increasingly critical roles to ensure companies win the war for talent and maximize employee motivation across the globe, according to the ‘Executive Monitor’ report newly released by search firm Boyden.

“On the surface, this might appear to be a mundane issue for a CEO to focus on,” Mr. Doyle said. “In reality, it was a brilliant move to send a clear message on empowering people to lead. Ironically, the HR department posed the biggest hurdle.”

According to a recent article in Entrepreneur, CEOs want four things out of HR: to match talent resources with company strategy, to help attract the best and brightest, to deliver excellence in the onboarding process, and to foster employee engagement.

“It’s interesting to note that, in Entrepreneur’s above four points, there is no mention of compliance, policies, cost-per-hire or other baseline tactical issues,” Mr. Doyle said. “Over the years, CFOs have earned a ‘seat at the table’ by focusing on the more strategic issues while delegating day-to-day tasks such as accounting, controls and financial reporting.”

Here’s Why Game Changing CHRO Talent Is In Big Demand
CHROs have made big strides as strategic game changers and sounding boards for CEOs. The best ones are now critical C-suite players. That is making the hunt for first-rate HR leaders a highly competitive business. Three HR recruiting rivals take us inside their work.

“The truly exceptional CHROs have been able to do the same, however, their numbers are few. Many CHROs are still considered by the CEO to be administratively minded, and that’s why they are unable to attain or keep their seat at the table,” he said.

While most CEOs express a desire to have a strategic CHRO on his/her team, very few really understand what that truly means. “In some cases, they have had limited interaction with a strategic HR leader and can’t comprehend how that function will impact business,” said Mr. Doyle. “These CEOs often have a difficult time assessing CHRO abilities and actual performance. In other cases, the CEO understands the value of a strategic HR partner, but the organization is not ready for that type of transformational leader.”

Naturally, every company has unique dynamics that shape the relationships within it, especially between the CEO and the CHRO. Mr. Doyle referenced Jack Welch, former CEO of GE, who is often credited with embracing the value of HR and changing the way the function is viewed. “During his tenure as CEO, GE’s CHRO was Bill Conaty who had a great deal of business and financial acumen,” Mr. Doyle said. “As a result, Welch involved Bill in most major business decisions.”

In the end, leaders must make their own decisions about how best to use their team members. “Not every CEO will utilize the HR function to its fullest potential,” said Mr. Doyle. “For those who do, however, the results will be significant assuming the CHRO is up to the task.”