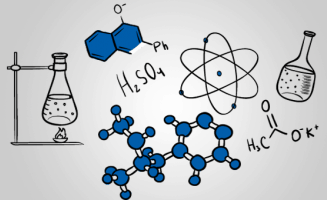 October 13, 2016 – Character, chemistry and cultural sensitivity are key criteria that C-suite leaders look for when identifying and onboarding leaders at their global operations. This is the conclusion of CEOs and international search executives who met recently in Cleveland at the annual meeting of the International Executive Search Federation (IESF), hosted recently by ASLON Group.

“Identifying and onboarding senior management hires for overseas operations – particularly in emerging economies such as China and India – are delicate and deliberate projects,” said ASLON’s Tim Smith, who helped organize the conference.

CEOs in attendance, each from U.S.-based manufacturers with production operations in overseas locations, suggested that in order to understand the character, chemistry and cultural sensitivity of finalist candidates, the most effective interview processes often include extra time spent in social situations, including with spouses, and moving beyond results-oriented topics in interviews in order to identify the character-driven motivations and methods by which the candidates’ successful track records were achieved.

“There is a clear consensus that character impacts the bottom line,” Mr. Smith said. “And a hiring misstep can become a major set-back for a company and impact productivity, PR and employee morale.”

“Our successful overseas placements have had one major aspect in common — adaptability,” said Normand Lebeau of Mandrake, Montreal. “Adaptability is found in communication skills, leadership style, and personality traits.” The most basic element of adaptability is mastery of the local language, he said, “and a willingness to understand country norms and values and blend those over time with the culture and goals of the parent company.” It’s a significant challenge, he noted, requiring a unique set of interpersonal and management skills.

“One should not underestimate the importance of the life partner in the adaptability equation,” he added. “A high degree of willingness to adapt is an important quality for the spouse and family in successful and sustained placements,” said Mr. Lebeau.

The Value of Authenticity

“Character is authenticity,” he said. “No leader is effective if he or she is not considered authentic. The effective leader will inspire people to follow him or her and that leader must understand the culture of the organization in order to be effective. Any leader, no matter how good they think they are, will not get to first base if they are perceived as not authentic or lacking character.”

Mark Geary, of Asianet International in Hong Kong, indicated that Western, Chinese and Indian companies all now seem to have similar requirements for talent acquisition. “Their customer bases and manufacturing operations are international and they are therefore  seeking candidates who have acquired international experience, can multi-task and have the necessary sensitivities to operate in multicultural environments.”

Vivek Ahuja of Confiar Global in India noted that the qualities of leaders are universal and global. “Having said that, when international companies hire in developing countries they have much at risk. Huge investments have to be protected, and return on investments have to be ensured.” Therefore, dynamic leaders with strong integrity, character, technical skills, proven track record and maturity are required.

“Both China and India have become major players on the international scene in two ways,” said Mr. Geary. “First, major companies from the U.S. and Europe are establishing R & D as well as manufacturing operations in China and India. At the same time, large indigenous companies now operate in global markets either in their own name or by acquisition, i.e. Tata, Infosys, Reliance, Lenovo, ICBC, Huawei, Alibaba and Tsingtao. Both China and India have populations in excess of one billion, making them geographically and culturally diverse in themselves.”

Mr. Ahuja noted that 50 percent of India’s population of 1.3 billion is less than 25 years of age. “No other country can boast such a big talent pool of literate, English-speaking young and energetic youth. The vast talent pool available in this country has attracted foreign direct investment (FDI) of $40 billion in 2015-2016.”

Apple, Panasonic, Microsoft, Amazon, Honeywell are some of the companies which have put greater emphasis on talent in India, and have invested huge amounts and have hired thousands of workers and leaders, Mr. Ahuja said.

Check Out These Related Articles On Finding Top Leadership: