Stay Connected:
Economic growth should continue, but at a slower rate, according to the latest Business Roundtable CEO survey. One key metric: CEO plans for hiring jumped to its highest reading in more than six years. Veteran executive recruiter Stacy Pursell shares her insights into the results. 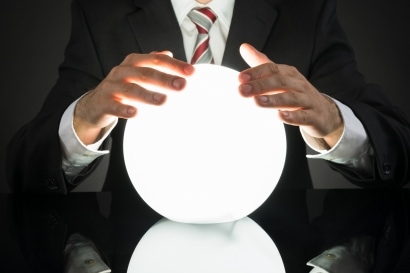 October 2, 2017 – Chief executive officers report higher expectations for sales and hiring over the next six months, according to the latest Business Roundtable ‘CEO Economic Outlook Survey.’ The overall results suggest continued economic growth, albeit at a slow pace. The Outlook Index, a composite of CEO projections for sales and plans for capital spending and hiring over the next six months, stood at 94.5 for the third quarter of 2017, edging up from 93.9 in the second quarter.

For the second quarter in a row, the index reached its highest level since the second quarter of 2014 (95.4). The index has also significantly exceeded its historical average of 80.3 for three quarters in a row and remains well above 50, suggesting that CEOs continue to have confidence in the U.S. economy. CEO plans for hiring jumped from the previous quarter, up 9.9 points to 80.2 in the third quarter, the highest reading in more than six years. Expectations for sales dipped by 7.4 to 116.9 for the third quarter, while plans for capital investment moderated slightly from 87.2 to 86.4.

“The survey results demonstrate that CEOs remain confident in the U.S. economy and that we must seize on the opportunity to continue to press for pro-growth economic policies that create jobs and fuel wage growth at all levels of the economy,” said Jamie Dimon, chairman and CEO of JPMorgan Chase and chairman of Business Roundtable. “Our CEOs are committed and actively engaged in the effort to pass tax reform because they recognize that it will make us stronger as a country and create more opportunity for all Americans.”

Of course, current tax reform measures on the table seem to benefit wealthy Americans like Mr. Dimon and President Trump and not the middle class. How that helps job and wage growth – let alone the nation’s skyrocketing deficit is anyone’s guess.

Recruit & Develop Talent at Goldman Sachs. GS is looking for individuals with strong problem solving and analytical skills, innovative thinking and intellectual curiosity who want to make an impact on the success of the firm’s most valuable asset – its people. You’ll partner closely with global colleagues to design and deliver development initiatives to build the leadership pipeline. Apply Now!

Joshua Bolten, Business Roundtable president and CEO, said that the group’s CEOs are sending a positive economic signal with their plans for increased hiring. “They see the progress that has been made toward creating a more favorable regulatory environment, while tax reform remains an economic imperative,” he said. Business Roundtable CEOs, he noted, “overwhelmingly regard the U.S. tax system as a major disadvantage when it comes to competing with the rest of the world.”

The Business Roundtable CEO Economic Outlook Survey, conducted quarterly since the fourth quarter of 2002, is designed to provide a picture of the future direction of the U.S. economy by asking CEOs to report their plans for their company’s sales, capex and employment in the next six months.

“The Outlook Index for Q3 shows that U.S. CEOs surveyed continue to be upbeat about the economy and prospects for continued growth for their businesses,” said Stacy Pursell, CEO of the Pursell Group, a Tulsa, OK-based executive search firm. “Interestingly, while the CEOs were bullish overall about revenue growth, capital spending, and hiring, there was some softening in expectations in revenue growth while expectations for hiring are still accelerating.”

Hiring looks to remain strong, she added, “especially for highly skilled workers while lower skilled workers face increased competition from automation,” she said. “The CEOs also noted that one of their biggest competitive disadvantages is the U.S. tax system, particularly for multinational companies. Hopes for meaningful tax reform from the Trump administration and new Congress this year seem to be fading as Congress has failed to pass any significant legislation or agenda items.”

U.S. Hiring Trends Remain Steady Heading Into Year End
U.S. employers expect hiring to pick up in the final quarter of 2017, with 21 percent planning to add staff between September and December. According to the latest “Employment Outlook Survey,” released today by ManpowerGroup, employers in all U.S. regions and industry sectors expect headcount to grow.

“Lack of wage inflation despite low unemployment rate may be due to the surge in numbers of the non-participating labor force – working age adults, those between the ages of 18 and 65, who are not working and have dropped out of the labor force,” she said. “The continued low interest rates have been good for the U.S. stock markets, which has been setting all-time record highs and U.S. businesses in general. Outside of a geopolitical event, the trigger for the next economic crisis/recession may be rising interest rates causing a debt crisis for global governments as they face very high debt loads.”

The big economic story of the year, however, is the disruption of brick and mortar retail by on-line companies, particularly Amazon, said Ms. Pursell. “This trend has been in play for several years but hit a tipping point in 2017 with numerous bankruptcy announcements by large retail chains and the closing of hundreds of stores by other large retailers which in turn has been heavily impacting the retail/shopping mall industry,” she said.

“This trend looks likely to continue and even Wal-Mart seems concerned about losing its dominance in the grocery sector to Amazon with its acquisition of Whole Foods and its quick delivery to consumers of just about anything with its Amazon Prime service.”