Stay Connected:
In the wake of a sexual harassment scandal, top brass at CBS have been meeting with executive recruiting firms to decide who will conduct the organization’s leadership replacement search. Will a woman land the top spot? 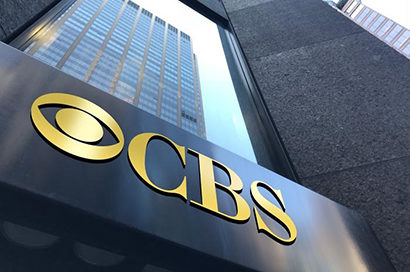 November 1, 2018 – CBS has begun the process of finding a new CEO after the departure of Les Moonves following sexual misconduct allegations.

The company has held preliminary discussions with Heidrick & Struggles, Korn Ferry and Spencer Stuart about helping with the search, according to sources.

The search is expected to kick off in earnest in the next few weeks. In the meantime, Joe Ianniello, the company’s COO, has assumed the role of president and acting CEO.

CBS declined to give a timeline on the search process or which recruiting firm it will hire. People familiar with the situation expect a decision by early 2019. One firm that might have the edge is Heidrick. The recruiting giant, with assistance from Gerard R. Roche who passed away recently, brought four presidents on board at CBS.

“Never has it been more important for us to make it abundantly clear that CBS has a steadfast commitment to diversity, inclusion and a safe and positive working environment,” Mr. Ianniello wrote in a memo sent Monday morning to CBS’ 20,000 employees worldwide. “This is an integral part of our growth plan as together we unlock the immense talents across our entire employee base.”

Hiring a woman would break a particularly resistant glass ceiling at CBS, as few media companies are led by women. In fact, getting the opportunity to lead one of the four major broadcast networks – CBS, ABC, NBC or Fox – would be a coup; a woman has never held the CEO position at any of them. There are a number of viable candidates — too many to list here. But CNBC spoke with some current media executives about whom they’d recommend for the job. Among them:

Of course, there are a number of seasoned men available for the top job at CBS. But in the #MeeToo environment, which has brought down 201 powerful men in just one year, nearly half their replacements have been women. “There was a time when women were seen as risky hires for all sorts of reasons, nearly all unfounded, mind you,” said Scott A. Scanlon, founding chairman and CEO of Hunt Scanlon Media. “Today, in particular cases like this with all eyes on the search, men might now been seen as the risky hire.”

#MeToo Movement Leaves its Mark on Staffing
The ramifications of sexual harassment and growing attention to the issue are having a significant impact on workplaces across America. Progress has been made, but much work remains. Let’s dive into the topic with new reports from SHRM and FTI Consulting, as executive recruiters weigh in.

In what may be considered a response to the sexual misconduct allegations leveled against its CEO, CBS has recently made a number of leadership changes. The first move was to create a chief people officer position and elevating HR executive Laurie Rosenfield to serve in that capacity.

Ms. Rosenfield’s duties are to focus on people and culture and be responsible for managing certain human resources functions for the company, including oversight of learning and development, executive search, talent acquisition, as well as the day-to-day human resources “generalist” responsibilities with each of CBS’ business units.

“We are very pleased to name Laurie to this new position as we continue to reassess and strengthen the culture here at CBS,” said Mr. Ianniello. “Our employees are our most valuable asset, and this role has been created to ensure we remain steadfast in our commitment to putting our people first. Laurie’s expertise in attracting, developing and retaining the best talent, coupled with her focus on the opportunity in front of us to strengthen our workplace, made her the natural choice to take on this vitally important responsibility.”

“The goal of transforming our shared experience into new accomplishments is an opportunity for all of us,” said Ms. Rosenfield. “Our rich legacy of creativity is taking us forward into the digital future – an inflection point, which will see our mission and our values driven by our biggest asset, our people. I am honored and humbled to take on this role.”

Ms. Rosenfield joined CBS in May as SVP for people development. In that role, she has focused on senior executive development, using her blend of skills as a certified executive coach, talent evaluator and communicator. Prior to joining CBS, Ms. Rosenfield was a specialist in the executive search industry. Most recently, she served as managing director for executive search at MediaLink, where she worked closely with clients experiencing disruption at the intersection of media, marketing, entertainment, advertising and technology. Previously, Ms. Rosenfield was SVP of client services at Bishop Partners Executive Search, and director of the technology, media & telecom practice at CTPartners.

Two weeks ago, CBS named Christina Spade as EVP and CFO, effective immediately. The company declined to comment on which search firm they used for the new hire.

Ms. Spade has served as EVP and CFO for Showtime Networks Inc. (SNI) since 2013. In that role, she is responsible for all financial matters relating to Showtime Networks’ businesses, including oversight of finance, strategy and information systems for the network’s divisions. The role encompasses budgeting, planning, forecasting and accounting of all the business segments within SNI. Ms. Spade was selected as a 2017 WICT Wonder Woman and served as an ongoing executive mentor and speaker in WICT’s mentorship program.

“Chris has been a successful financial executive at one of our most profitable businesses for a little over two decades,” said Mr. Ianniello. “I’ve been fortunate to work closely with Chris as a key member of the SHOWTIME leadership team, and I am confident that she will now make even greater contributions in her new role.”