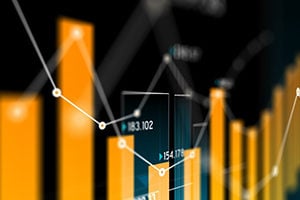 “Similar to last quarter, the Asia Pacific region produced the strongest growth while year over year comparisons for the Americas and Europe continued to be impacted by a large global contract that ended in the third quarter of 2017,” said Jeff Eberwein, CEO of Hudson Global. “This year has been one of significant transition for Hudson with tremendous focus on creating our own structures, systems and processes following our separation from the legacy businesses we sold in March. Importantly, we have also focused intensively this year on reducing the corporate costs left over from these legacy businesses.”

“We have begun to invest in technology, sales personnel, and marketing in order to drive profitable growth in 2019 and beyond,” Mr. Eberwein said. “In addition to these internal investments, we may also begin to look at profitable, bolt-on acquisition opportunities in 2019 after we have finished building the platform for our new company.”

Looking to the future, the firm expressed excitement about its pipeline of potential new business opportunities. “As the only publicly-traded, pure-play RPO company, Hudson is uniquely positioned to capitalize on the fast-growing, global RPO market,” said Mr. Eberwein.

Hudson Global recently appointed its chairman, Mr. Eberwein, as the firm’s new CEO. He replaced Stephen A. Nolan. Richard K. Coleman Jr., Hudson’s compensation committee chairman, is now chairman of the board. Mr. Eberwein has more than 20 years of Wall Street experience and has valuable public company and financial expertise gained through his employment history and directorships. Most recently, he served as CEO of Lone Star Value Management, an investment firm he founded in 2013.