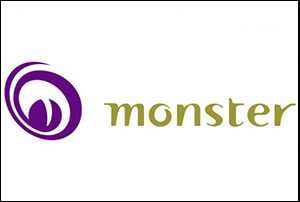 May 11, 2018 – Executive search firm Calibre One has placed Scott Gutz as the new CEO of jobs website Monster. He replaces Mark Stoever, who left the company in 2017. Partner Diane McIntyre and principal Mark Frank led the assignment.

“Monster is at a pivotal point in its digital transformation and we’re thrilled to have someone with Scott’s experience and track record of success join the company,” said Chris Kibarian, CEO of Randstad Digital Ventures. “Monster is making significant progress in its efforts to transform the job search experience – work that has been led by an almost entirely new executive team. Scott’s leadership of successful teams as they reimagine their industry and foster innovation is the perfect fit for where Monster is headed.”

“Exactly where Monster is headed might need some quick rethinking,” said Scott A. Scanlon, founding chairman and CEO of Greenwich, Conn-based Hunt Scanlon Media. “Two mega deals this week have rocked the talent sector – and this will undoubtedly change the calculus and trajectory of any number of plans among large executive search and staffing conglomerates.”

In 2002, Amsterdam-based human resource services provider Randstad Holding acquired Monster, paying 3.40 per share in cash, for a total purchase price of about $429 million.

“Monster’s history as a disruptor in the recruitment industry is undisputed, and I’ve been an admirer of the brand for many years,” said Mr. Gutz. “As I’ve started to learn more about the team and current state of the business, it’s clear that Monster has a unique opportunity to return to its position as industry leader. I’m honored to join a team that is poised to shake up the industry once again by delivering quantifiable value for job seekers and employers.”

Mr. Gutz brings to his new role extensive experience as a leader of large, global organizations and a fresh perspective in a market undergoing significant disruption. Most recently, Mr. Gutz was CEO of Amadeus North America Inc., a provider of technology solutions to the travel and tourism industry. Similar to Monster, Amadeus powers a marketplace connecting travelers and travel providers. Mr. Gutz’ “expertise with digital transformation and focus on e-commerce and digital marketplaces serving both consumers and businesses make him uniquely qualified to lead Monster,” said Randstad.

Founded in 1994, Monster changed the way people searched for jobs, using the Internet as a primary tool. During two boom cycles starting in 2000 and again in 2006, Monster hit its zenith in market value of almost $8 billion. It even acquired rival HotJobs, then owned by Yahoo, for $436 million in 2002.

Glassdoor Agrees to $1.2 Billion Sale to Recruit Holdings
In a sudden, all-cash $1.2 billion deal, online jobs portal Glassdoor has announced that it has agreed to be sold to Tokyo-based Recruit Holdings, a human resources company with far-reaching tentacles into the global recruiting sector.

But Monster struggled in recent years as hiring managers brought their recruiting business in-house, and gravitated toward networking sites like LinkedIn, which triangulates the needs of companies, recruiters and employees. Hosts of other networking sites also cropped up, and continue to do so, such as Not Actively Looking, which tracks an army of job seekers who may or may not be looking for jobs right away. All of this chipped away at Monster’s relevance and market dominance.

According to a report from Hunt Scanlon Media, Monster had been attempting a modern rebrand in an effort to restore the company to Internet recruiting leadership. Three years in development, Monster’s collection of new initiatives had been aimed at enhancing the job search experience for its customer base. Still, it struggled. In 2011, the company posted $1 billion in revenue. Recently, had it remained an independent company, Monster was on track to produce half that figure.

“The reality is the talent management market has radically shifted, and continues to transform unabated,” said Mr. Scanlon. “When the last economic downturn 10 years ago forced companies to cut recruiting costs, more economical platforms like LinkedIn and job aggregator Indeed rose in dominance. That forced talent providers like Monster to watch from the sidelines. We naturally wish Monster well and let’s see what new vision their incoming chief brings. It is certainly an exciting time to be with any number of these companies right now.”

An international recruiting boutique specializing in working with technology-centric businesses at all stages of development, the search firm involved in this leadership change, Calibre One, represents Fortune 1000 companies in their hunt for top talent, including companies such as AMEX, Flex, eBay, Expedia, NetSuite, TripAdvisor, Symantec and Fiserv & Hearst.

Ms. McIntyre, who works from the firm’s New York and Connecticut offices, has over 20 years of experience overseeing numerous searches for the roles of CEO, president and COO, and VP roles across all functional disciplines. She has a known track record of recruiting CXOs and VPs for some of the most influential investors and entrepreneurs, as well as market-leading growth companies in the software, internet and health sectors.

Her colleague, Mr. Frank, is a globally focused recruitment professional who leads searches across all major functional areas at the chief experience officer and VP levels. With over a decade in the industry, he has worked with companies of all sizes, from pre-revenue startups to the Fortune 100. Having completed searches for private and public companies in and from the Americas, Europe, and Asia, Mr. Frank has a reputation for evaluating the leadership, cultural and technical needs of a client and quickly identifying executives for his clients.

Calibre One has seen significant growth over the past several years and ranks among the top search firms in the Americas region, according to statistics gathered by Hunt Scanlon Media. The firm has secured more than 2,000 executives at the vice president, C-level and CEO stages of their careers, including for Fortune 100, mid-sized private equity and emerging growth companies.