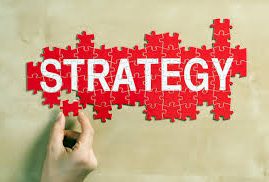 September 29, 2016 – Executive search firm Boyden has added Gary Claus as a partner in its Pittsburgh office.

Mr. Claus is well known for his expertise in financial and professional services recruiting. Most recently, he served eight years as a managing director with Jade Group LLC, an executive search and consulting firm specializing in assignments for senior level executives in the financial, accounting, tax, internal audit, information technology and legal fields. There, he specialized in the placement of senior level executives in the financial, accounting, human resources, sales & marketing and legal sectors. His clients have included industrial, transportation, professional services and other organizations.

Prior to his career in executive search, Mr. Claus served in a variety of leadership roles over three decades with PwC, including global leader of human resources for tax, regional quality and risk management leader, and tax practice leader in Pittsburgh. He also has served as adjunct tax instructor at PwC, where he continues as part of the firm’s faculty.

Since 2011, Mr. Claus has been a director of First Commonwealth Financial, where his responsibilities include serving on the audit committee and compensation & human resources committees. In addition, since 2013, he has served as a director of Sauereisen, a Pittsburgh-based company and one the world’s top corrosion-resistant materials manufacturers.

“Gary’s wealth of experience in the financial services sector and his more recent experience in executive search make him a valuable addition to our U.S. team,” said Thomas Flannery, leader of Boyden’s board services practice in North America and managing partner at Boyden Pittsburgh. “He adds a new dimension to our capabilities and is a highly respected member of the Western Pennsylvania business community. We’re very happy that he chose to join Boyden.”

Boyden has made some other recent hires across several areas, including: