Menu
View our Events
Stay Connected:
The strong economy continues as we head into the mid-term elections next week. But with it, talent shortages continue as well. Here’s the latest jobs report, with executive recruiters from Pitcairn Partners and Executive Search Partners weighing in. 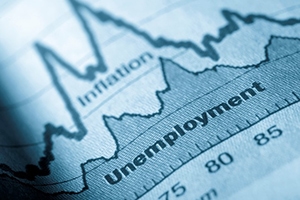 November 2, 2018 – Employers added 250,000 jobs last month as the U.S. unemployment rate was unchanged at 3.7 percent, according to the most recent U.S. Bureau of Labor Statistics report. Wall Street analysts had expected an increase of about 195,000. The September gain is the 96th consecutive month of job growth. The number of unemployed people stands at 6.1 million.

The report said that Hurricane Michael, which made landfall during the report’s reference week, “had no discernible effect on the national employment and unemployment estimates for October.”

The labor market, the Federal Reserve said, “has continued to strengthen and … economic activity has been rising at a strong rate. Job gains have been strong, on average, in recent months, and the unemployment rate has stayed low.” The Fed is forecasting the economy will grow 3.1 percent this year — that’s up from the 2.8 percent it projected in June.

“While the U.S. unemployment stands at 3.7 percent (the lowest since December of 1969) it follows a trend of continued job gains for over the past eight years,” said Walter Baker, managing partner and founder of Pitcairn Partners. “Nonetheless, the mid-term elections could significantly impact the labor market and also influence company’s future hiring decisions. Aspects like immigration policy, healthcare strategy and budget, to name a few, can certainly have an impact on the availability of talent going forward.”

“Within a longer-term perspective, the war for talent predicted almost 20 years ago by McKinsey is here to stay,” he says. “The talent shortage isn’t a passing phenomenon, and the lack of skilled workers needed to drive business strategy is a serious threat to the profitability of organizations as well as the GDP of both developed and developing nations. Expected shortages are not limited to any geography,” Mr. Baker said.

“China, for instance, may have a deficit of 6.7 million highly skilled workers by 2030, with the U.S. right behind it with a deficit of 6.6 million workers. Five other countries could have deficits of 2 million or more workers. The implications are huge. Top level talent is attracted by the opportunity for growth. To attract this level of talent, companies must ensure leadership talent is in place and aligned to execute business strategy,” he said. “Those that do not will face an uphill battle to identify and attract impactful leaders that can deliver results.”

“The U.S. economy is strong and projected to remain that way for the next three years – at least,” said Gary Erickson, managing partner for Executive Search Partners. “And the employment rate which is already low will continue to drop. Effectively we are beyond full employment. Demand for high quality employees is outpacing supply and one of the hottest sectors is IT, the sector that Executive Search Partners focuses on,” he said. “Attracting and retaining top technical talent has become critical for the survival of just about every company.”

“For IT workers this is great news as salaries should continue to outpace inflation and opportunities to accelerate career growth (new job) are and will remain strong,” Mr. Erickson said. “There is a very strong competition for technical talent and it’s not just about salaries. To attract technical talent, copy the best – look at Google, Apple, and Amazon. This includes offering very competitive salaries, bonuses, stock, excellent benefits, excellent training programs, work life balance, fun and a growing company.”