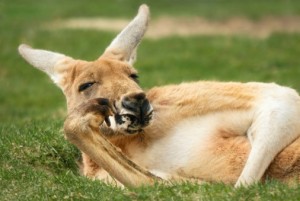 February 4, 2016 – Russell Reynolds Associates has placed Rob Fitzpatrick as chief executive officer of the Australian Information Industry Association (AIIA). He took over from Suzanne Campbell on February 1; she led the association for the past four and half years.

The company turned to Russell Reynolds to find an executive with relevant experience in technology, a strong understanding of government, leadership skills and an entrepreneurial mindset. Mr. Fitzpatrick was chosen after a competitive, global six-month executive search process that included a strong field of local and international candidates.

Mr. Fitzpatrick was most recently director, infrastructure, transport and logistics at National ICT Australia (NICTA), now known as Data61, responsible for leading the commercialization of information and communications technology research for some of Australia’s most important industries.

His previous roles included being part of the leadership team of online grocery business ShopFast.com.au, and eight years with global strategic consultancy, McKinsey & Co. He holds non-executive director roles with Meat and Livestock Australia (MLA), Australia’s Academic and Research Network (AARNet), and he is a member of the council of Charles Sturt University.

“It was Fitzpatrick’s unique combination of national and international technology experience across a 20-year period along with his track record working with member-based organizations that makes him the ideal candidate to lead the AIIA into the future,” said AIIA board chairman, Kee Wong.

“Under Rob’s leadership, the AIIA will grow more significant locally, be more engaged globally, and grow in membership to include the entire technology ecosystem,” said Mr. Wong. “The AIIA will diversify and be more scalable and sustainable in the long term and yet continue to grow its reputation and commitment to driving exceptional value for members.”

Russell Reynolds’ Australia offices serve clients across all industries, with a particular focus in financial services, industrial / natural  resources, healthcare, consumer and non-profit. It recruits leaders in senior executive recruitment and conducts board director search, CEO succession planning and executive assessment. Aimee Williamson leads the practice in Australia and is a member of the firm’s Asia Pacific team.

Check Out These Related Articles On Search Activity In Australia: