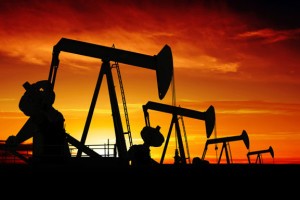 September 8, 2015 – Heidrick & Struggles has opened a new office in Perth, Australia with the addition of three former CTPartners recruiters. The new office will cover Australia’s industrial sector, with a special focus on energy, natural resources, mining and infrastructure.

Debbie Cozart will lead the Perth office as partner-in-charge. She is joined by partner Colin Simpson and principal Beau Yorke. Ms. Cozart and her team join Heidrick from CTPartners. All were part of Park Brown International, a boutique executive search firm that specialized in energy, mining and infrastructure services; CTPartners acquired Park Brown in July 2014.

Ms. Cozart is an oil & gas industry professional who now specializes in senior executive appointments in the energy, resources and infrastructure sectors. Mr. Simpson, a lawyer by training, specializes in C-suite and functional leadership searches across a wide variety of industry sectors including natural resources, infrastructure, automotive distribution and logistics, telecommunications, financial services and education. Mr. Yorke has a decade of executive search experience in the oil-and-gas, and mining-and-resources sectors. He has completed numerous C-level assignments in Asia, Australia, theMiddle East, Europe and the Americas.

“With the addition of the Perth team, we are beginning a new chapter in our firm’s global growth story,” said Krishnan Rajagopalan, executive vice president of global markets. “We plan to continue to bring talented consultants into our firm around the world, adding to our capabilities where we see opportunity.”

Steve Mullinjer, regional leader of Heidrick & Struggles, Asia Pacific, added: “Building on our expertise in Sydney and Melbourne, the consultants in Perth will help drive the success and growth of industrial clients in Australia and throughout the region. The mining and oil-and-gas sectors are major contributors to the Australian economy.”