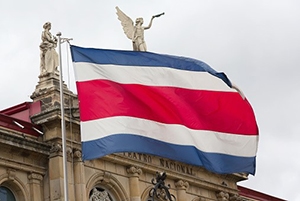 June 15, 2018 – Amrop, a partnership of recruiting firms operating from 75 offices in 48 countries throughout Asia, EMEA and the Americas, remains in growth mode with the addition of Adrián Chinchilla as leader of its operations in Costa Rica. He assumes the title of partner and general manager and will lead the search for senior executives and independent members of boards of directors for national companies, multinationals and family business groups.

Mr. Chinchilla brings more than 25 years of managerial experience in the private and public sector, and as a member of boards of directors. In the financial sector, he has been the pension manager of the Corredores Asociados Group in Colombia, and a member of the board of directors of Banco Cathay, from 2010 to date. In addition, Mr. Chinchilla led real estate companies for more than 15 years as general manager of the European Real Estate Group DIURSA, general manager of Futura Developments, and president of Suburbia Developments.

In the public sector, Mr. Chinchilla held the position of mayor of the Escazú County for four years, obtaining the recognition of the United Nations as a good example of best financial and administrative practices. He also served as general manager of the presidential campaign of the former President Laura Chinchilla Miranda as well as president of the inauguration committee.

It is no secret why Amrop needed a leader of Mr. Chinchilla’s caliber in this region. Many foreign companies (manufacturing and services) operate in Costa Rica’s free trade zones, where they benefit from investment and tax incentives. Well over half of that type of investment has come from the U.S. The zones reportedly supported over 82,000 direct jobs and 43,000 indirect jobs last year. Companies with facilities in the America Free Zone in Heredia, for example, include Intel, Dell, HP, Bayer, Bosch, DHL, IBM and Okay Industries. Pharmaceuticals, financial outsourcing, software development, and ecotourism have become the prime industries in Costa Rica’s economy.

Amrop has undergone a wave of growth over the past year. This spring it gained Woodburn Mann in South Africa. Led by managing partner Andrew Woodburn, Woodburn Mann was established in 1982 in Johannesburg. It serves a range of clients across southern and sub-Saharan Africa. With a staff team of 25, the firm offers client-focused processes and services to the most prominent African businesses, as well as government parastatal operations, multi-national subsidiaries and entrepreneurial ventures. Its services include executive and non-executive search, board reviews and succession planning, executive coaching and leadership assessment and development. The firm now operates as Amrop Woodburn Mann.

The organization also added New York-headquartered Industrial Search Partners (ISP) as a member firm last June. ISP leads Amrop’s retained executive search services in the industrial, infrastructure and energy sectors for the U.S. The firm specializes in targeted talent acquisition dedicated to industrial manufacturing and services, transportation, supply chain & logistics, aerospace, automotive and the oil & energy sectors. Over the last two decades, ISP has placed more than 250 candidates in executive positions across a broad segment of the market. The firm recently expanded into Pittsburgh with the addition of Sarah Stewart as a director.

Lastly, the firm added new partners in Sweden, Seoul and Miami. Gabriella Jonsson joined as a partner in Stockholm. She works with the rest of the partner team to contribute to the revitalization of the executive search and leadership services industries in the Nordics and beyond. Ms. Gabriella joined Amrop from McKinsey & Company, where she held the role of recruiting manager, Sweden.