Menu
View our Events
Stay Connected:
Shares in the nation's No. 1 leadership provider soared yesterday as profit and sales exceeded Wall Street expectations. All three business lines are up, prompting investors to climb on board. Let’s go inside the latest figures. 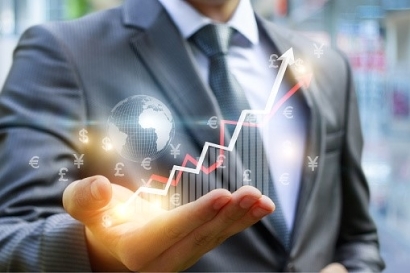 It’s been an amazing run for Korn Ferry – and the recruiting sector in general – with the industry up nearly 10 percent on the year, according to figures just released by Hunt Scanlon Media.

The Los Angeles-headquartered executive recruiter and leadership consultant – the largest in the Americas as ranked by Hunt Scanlon – recorded fourth quarter revenues of $475.4 million, a 17 percent revenue increase when compared to $406.1 million during the same quarter a year ago. The results exceeded the predictions of analysts surveyed by Zacks Investment Research, who expected revenues of $454.4 million. Fourth quarter was also fueled by organic growth in all three lines of business with Futurestep increasing by 34.4 percent, executive search expanding 17.5 percent, and Hay Group growing 12.1 percent.

“We achieved the highest fiscal year fee revenue in our firm’s history – up 13 percent year-over-year,” said Gary D. Burnison, CEO of Korn Ferry. “We’ve come a long way on our journey and I’m excited about the future – to be the preeminent organizational consultancy. Today’s Korn Ferry is all about synchronizing our clients’ strategy and talent to help them drive superior performance.”

“We are never more powerful than when we come together as one firm – to help companies design their organization, to offer expertise on how they compensate, develop and motivate their people and to find out who candidates are,” he said. “Korn Ferry has the proven expertise to transform individuals, teams, even entire organizations. In the fiscal year ahead, we will continue to bring talent and organizational strategies to life and unlock the potential within global workforces.”

According to a market intelligence report released from Hunt Scanlon earlier this week, a number of factors are creating a “perfect storm” for companies like Korn Ferry to grow and expand. They include advancing AI technologies – fused with a chronic and widespread global talent shortage – that will reshape the industry and drive unprecedented growth in the next decade, according to the Hunt Scanlon report. “From talent assessment and employee evaluations to background checking, candidate sourcing, comp & benefits mapping, leadership development & succession design, and retention planning, we see every aspect of the recruiting lifecycle gearing up for revolutionary changes,” said Scott A. Scanlon, the research firm’s founding chairman and CEO. “And that means big money for this sector.”

Publicly-held search outfits, namely Korn Ferry and rival Heidrick & Struggles, have recently seen a flurry of investor activity. Hedge funds, in particular, have been acquiring new stakes in both companies, while others have been reducing positions and moving on to other investments throughout the talent management sector.

Schwab Charles Investment Management recently raised its holdings in Korn Ferry by 1.4 percent. The institutional investor owned 348,934 shares of the company’s stock after acquiring an additional 4,939 shares during the period. Schwab Charles owned approximately .62 percent of Korn Ferry worth $14.439 million at the end of the most recent reporting period. Bank of Montreal also boosted its position in shares of Korn Ferry by 94.4 percent. It now owns 84,056 shares of stock valued at $3.479 million after purchasing an additional 40,827 shares.