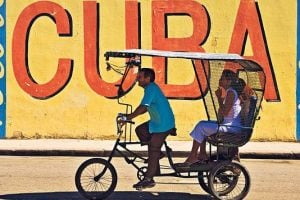 June 24, 2016 – Executive search firm Allen Austin has expanded into the Cuban market and assigned search consultants Manuel Corsino and Clement Wigger to lead the firm’s growth in the region.

In anticipation of Cuba experiencing robust growth in technology, telecommunications and tourism, Allen Austin’s Latin American search practice is partnering with global companies that are establishing their footprint on the island. To that end, Messrs. Corsino and Wigger are leading Allen Austin’s push to qualify and interview potential senior management talent to serve global companies new to Cuba.

The Importance of Having Local Knowledge

Both recruiters have over 20 years of executive search experience in the Caribbean, Mexican and the South American markets. They are developing the market, they said, at the request of their clients.

Mr. Corsino heads Allen Austin’s Latin American search practice and is the managing director of both the Miami and Latin American offices of the firm. With general regional expertise in Latin America, he has developed strong relationships with a diverse group of clients, including Microsoft, UBS, Verifone, Roche, JP Morgan, Pentair, Daikin Mcquay and The Beacon Council. He has conducted numerous searches for CEOs, presidents, general managers, and sales directors in Latin America. Prior to Allen Austin, Mr. Corsino served as managing director of DHR International and Boyden.

Having lived and worked in Latin America, Mr. Wigger understands the talent management needs of growing multinational companies in the region and, according to clients, he is an internationally recognized expert in gender and diversity specific searches. He joined Allen Austin as a senior partner in January and was previously a partner with Leadership Capital Group.

“I am proud that Allen Austin has established such a strong team in Manny and Clement to lead the charge in the Cuban market,” said Rob Andrews, Allen Austin’s founder and chief executive officer. “They are both consummate professionals and know the Latin markets like the backs of their hands.”

“We are humbled to have this opportunity to be able to participate in such an important time in Cuban history,” said Mr. Corsino. According to Mr. Wigger, Allen Austin’s clients “have placed faith in our ability to source high performing talent for their successful entry into the Cuban market.”

Mr. Andrews said his search firm is proactively mapping Latin American executives in Cuba. “Allen Austin understands what our clients are looking for and we are serving their needs by expanding in Cuba,” he said. “In my view, Cuba might very well be the recruiting sector’s best untapped market to come along in decades.”

Here are some extracts from a recent conversation with Allen Austin founder and CEO Rob Andrews on the current state of the executive search market in Cuba.

What sectors within Cuba will the firm be recruiting for?

The firm will be recruiting for technology, finance & banking, travel & tourism and the large agricultural and food producing conglomerates.

What are some of the challenges entering a new market such as Cuba?

Primarily U.S. and Cuban regulatory conditions. A lot will depend on the speed in which the U.S. / Cuba Embargo is lifted. Allen Austin is monitoring information that is being issued by both the U.S. State Department and Cuban Embassy in Washington D.C.

Does the firm anticipate mostly U.S.-based companies to be expanding in the region?

What do you see in store for future businesses in Cuba?

Considering the pace that the U.S. and Cuban government are working towards trade normalization, we anticipate strong growth numbers within three years. Regarding the executives relocating to the region, that will depend on the pace at which normalization is occurring. Allen Austin is partnered with a major HR consulting group that is advising our team on foreseeable expatriate issues and local labor laws.

Check Out These Related Articles On Search Firm Expanding In Latin Regions: