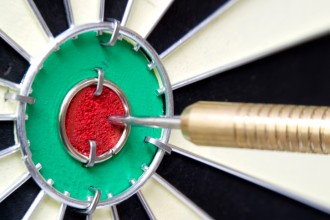 “We are happy that United Way Worldwide has placed its trust in Harvard Group’s ability to handle this critical search project,” said Mr. Biagini. “We will be looking for the best candidate available who can help United Way Worldwide continue its mission in touching people’s lives around the globe.”

The new position will be charged with a number of responsibilities, including ethical and legal behavior oversight, developing a high performance culture, design and lead learning programs to educate the enterprise in best practices, and work with the executive team to implement an effective organizational design and human capital strategy. The chief culture officer will report directly to the CEO of United Way Worldwide and will be based at the organization’s Alexandria, Virginia headquarters.

Harvard Group is a mid-sized, full-service executive search firm that works in multiple industrial sectors in North America, Europe, and Asia. Since 1997, its Atlanta headquarters and Phoenix office have led board, C-suite, senior executive and middle management search projects for a wide variety of companies, ranging in size from Fortune 25 multinationals to start-up operations. Its clients include Mercedes, Ultimate Fighting Championship, Make-A-Wish America, Kimberly Clark and Komen.

“Chief culture officer is still an emerging title and only a handful of companies have one,” said Mr. Biagini. “But if you think about it, the chief culture officer is essentially the internal chief marketing officer – the head of internal brand experience. They have the similar goal of winning and engaging customers to the marketing / brand team, but with different targets (donors versus employees / volunteers).”

Expect to see more companies hiring for this sort of C-level role in the future.

A study released by Korn Ferry Futurestep found that nearly two-thirds (61 percent) of executives said organizational culture was the most important recruiting advantage for global organizations, followed by possessing a leading employer brand at 26 percent.

Organizational culture has reached a tipping point, said Senn Delaney founder and chairman Larry Senn. Most CEOs know that culture matters and that it can have a strong impact on business results. “Companies that focus on culture are becoming icons for job seekers, especially the future generation of leaders who place a premium on work-life balance and culture fit in choosing where to work.”

Anthropologist Grant McCracken, a culture shaping expert, recently discussed the thinking behind his latest book, ‘Chief Culture Officer’ — a clarion call for the integration of culture into corporate strategy. Watch and listen now:

How does an ambitious professional work to become a chief culture officer? What can growing businesses do to attract top performers to the role? How can organizations be sure that they create a valuable resource for their business, and not a black hole of time and money?

According to TribeHR, here are five ways to become your company’s next CCO:

Any company CEO could assume the role of CCO. But the CEO is probably too busy to give the role the amount of attention it deserves. Delegation is key. Find CCO candidates who are already aligning themselves with a company’s mission and vision. These people understand company culture already, even if they haven’t expressed it in so many words;

Demonstrate the leadership the job requires. A CCO needs to show that he or she is capable of holding down their own responsibilities. Executives need to multi-task, and the CCO is no exception: Culture means leading and managing at the same time;

Come up with a plan to help develop and maintain company culture. Don’t wait to be asked for the plan; draft something and push it forward. Holding the role of CCO, like any executive level position, means anticipating what needs to be done, and making it happen. Don’t forget about measurement and analytics – planning whose success cannot be tracked won’t be taken very seriously;

Too often, businesses look to results-driven management to get things done, and the company’s culture falters as a result. Worse still, results-driven approaches can mean a lot of time is spent micromanaging employees who really don’t need to be supervised that directly. Working towards value-driven growth means emphasizing values and numbers in equal measure. If you can’t successfully tie the two together, you have bigger problems;

Employees can’t live out your culture if they don’t feel empowered to act without permission. Show that you trust your team to do their jobs and work toward your shared mission and vision. A trusted high-performance team will embody the spirit of the company, and make the CCO’s job a lot easier over the long term.