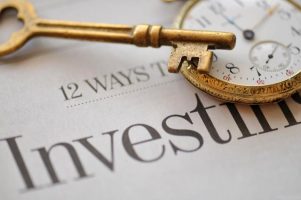 October 15, 2018 – Jobs website ZipRecruiter has just lined up $156 million in investment capital. The company said the series B financing will be used to accelerate its growth and further develop its artificial intelligence-powered matching technology and mobile apps.

Wellington Management Co. and returning investor IVP co-led the investment, which included participation by other existing investors. ZipRecruiter’s post-money valuation following the round is $1.5 billion, making it one of the latest start-ups to disclose that it had achieved proverbial “unicorn” status.

Ian Siegel, the co-founder and CEO, said that over 100,000 businesses, and 10 million job seekers, use ZipRecruiter for their recruitment needs. “ZipRecruiter is already accounting for about 10 percent of activity in the U.S. recruitment market, with over 5.6 million jobs listed on its app,” he said. “Everything’s gone really well.”

Eric Liaw, general partner at IVP, said that in a tight and ever-evolving labor market, businesses need effective, innovative hiring solutions more than ever. “ZipRecruiter has modernized the recruitment experience in an essential, undeniable way,” he said. “Their sophisticated implementation of AI technology has established them as the foremost platform in the space, having driven millions of employment matches–they’re truly poised to be the next internet marketplace success story.”

“The growth of the business has been phenomenal, and we are thrilled to deepen our partnership with the company as they continue to improve the lives of both job seekers and employers of all sizes,” said Mr. Liaw.

Mr. Siegel recently told TechCrunch that his company is focused on continuing to improve the quality of the matching that its system is making, and optimizing the mobile experience. “We are really good at helping you see jobs you’re likely to get, but what about jobs you aspire to that may not naturally make you a match?” he said. “In the not too distant future, we will be able to say if you add one more skill all these jobs will become available to you. The nature of the guidance will be very interesting.”

ZipRecruiter launched in 2010 and has raised $219 million in funding, including a $63 million Series A financing led by IVP in 2014.

Powered by AI-driven smart matching technology, ZipRecruiter actively connects millions of businesses and job seekers through innovative mobile, web and email services, as well as partnerships with the top job boards on the web. Santa Monica-based ZipRecruiter has nearly 1,000 employees in two states and three countries.

ExecThread, a job-sharing network for executives and an aggregator of unpublished executive level job opportunities, has secured $6.5 million in an oversubscribed equity financing. ExecThread was created by CEO Joe Meyer to address shortcomings in the traditional executive search process that he said he witnessed as both a candidate and as a hiring manager.