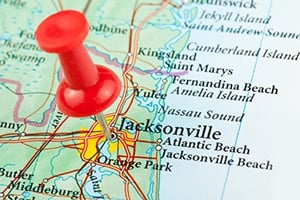 October 15, 2018 – Heidrick & Struggles has been selected to find a new chief executive officer for JEA, the city of Jacksonville, FL’s public electric, sewer and water utility. The job opened up earlier this year when Paul McElroy, who had been CEO for six years, unexpectedly stepped down.

Nine candidates are under consideration for the position, according to sources, including interim CEO Aaron Zahn. Mr. Zahn has been the focus of controversy because of his lack of experience running a utility of any kind. He has, however, run a wastewater technology firm and now leads an investment group that acquires infrastructure related to electric storage and generation, according to the newspaper.

In February, he was chosen by Jacksonville Mayor Lenny Curry to fill a seat on the utility’s board, then resigned this spring in order to be considered for the interim CEO role. Now he wants the permanent role.

When the board hired Mr. Zahn as interim CEO this spring, it put its chief financial officer and then-interim CEO, Melissa Dykes, in charge of the utility’s day-to-day operations, giving her the title of president and chief operating officer.

The JEA board of directors search committee has conducted interviews with each of the candidates, including those with extensive experience with private and public utilities, at an off-site location, the newspaper reported. The four-member committee is expected to meet in the weeks ahead to discuss the prospects.

Mr. McElroy was the highest paid city official in Jacksonville, earning $472,096 at the time of his departure, not including potential bonuses, the newspaper said.

JEA is the eighth-largest publicly owned electric utility in the U.S. At the time of Mr. McElroy’s resignation, debate had erupted over whether the utility should be sold to a private enterprise. Meanwhile, arguments continue over JEA’s financial involvement in a Georgia nuclear plant project that is mired in delay and cost overruns.

Candidates for the JEA role include the chief operating officer of CPS Energy, a municipal electric and natural gas utility in San Antonio, TX, as well as a onetime leader of Florida operations at TECO Energy, a private utility in Tampa.

JEA board members have suggested that the next leader may not be required to have traditional experience in the industry so much as the vision to adapt to emerging trends in the electric, water and sewer industries, said the Florida Times-Union.

Mr. Zahn had been CEO of BCR Environmental from 2009 to 2017. The business was involved in creating technology for the disposal of sewage sludge. It lost one client contract, in Haines City, after complaints by residents about an overwhelming stench from a BCR facility permeating the area.

Heidrick & Struggles’ energy executive search practice helps companies navigate the changes underway within the energy sector through the selection of the right leaders. Many of its consultants have longtime direct experience in the industry. The firm has experts in three main categories:  utilities, alternative and renewable energy, and oil and gas.