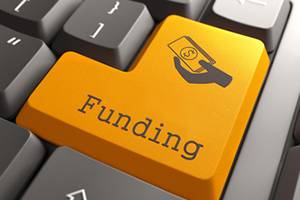 Hyr, which matches gig workers with hospitality companies, has boarded more than 10,000 workers since it started last year, and its clients include some 200 businesses. The company is led by Erika Mozes and Joshua Karam and is a member of the MaRS Venture Growth Program and Newark Venture Partners Labs.

“I couldn’t be more excited to announce that Flybridge has led Hyr’s seed round with participation from Newark Venture Partners and XFactor Ventures, led by Aubrie Pagano,” said Jesse Middleton, a general partner at Flybridge. The team had now raised a total of $2.4 million and will use this capital to expand their geographic coverage and the sectors that can benefit from Hyr’s unique worker marketplace.”

Mr. Middleton said that Hyr fills a need for just-in-time work and also offers benefits to its workers. “This was unheard of in the gig economy but it was important to the team that people who choose to leverage Hyr to find work wouldn’t have to give up all of the benefits of being a full-time employee,” he said. “They created a form of benefits that are portable for a 1099 worker’s entire working life called UPoints.”

A recent study released by Randstad US found that as early as next year as much as 50 percent of the workforce will be made up of agile workers. This comes as nearly four in 10 (39 percent) workers said they are likely to consider shifting to an agile arrangement over the next two to three years. This movement is fueling an equally aggressive adoption of new workforce models that tap into both permanent and agile employees to combat staffing shortages, leverage globalization and fuel greater innovation for organizations.

Talent acquisition platform SmartRecruiters recently raised $30 million in series C financing, led by Insight Venture Partners. The company plans to leverage the additional capital to sustain its rapid growth, accelerate its global market presence, and continue to invest in its product footprint to serve the needs of the more than 5,000 enterprise companies.

Reflektive, an HR analytics and employee engagement platform, has secured $13 million in series A funding led by Lightspeed Venture Partners. Reflektive will use the new funding to accelerate development of its platform, enhance customer success and hire across all departments to support its mission to revolutionize performance management.

Glassdoor, the job and recruiting marketplace, closed a $40 million investment round recently, led by funds and accounts advised by T. Rowe Price Associates. The financing will support Glassdoor’s continued growth and investments in product, marketing and people around the globe, according to internal sources at the company.