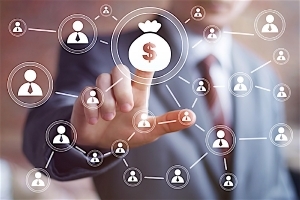 February 15, 2018 – Investment dollars continue to pour into new technology designed to change the talent management industry. The latest: Joveo, a recruitment technology platform, recently raised $5 million in Series A funding led by Nexus Venture Partners. The start-up intends to use the cash infusion to continue to accelerate its product offerings, expand its partnerships and scale its AI/deep-learning layer.

“Our vision is to build the most democratic online job marketplace by enhancing the reach and targeting of job boards and agencies alike,” said Kshitij Jain, founder and CEO and founder of Joveo. “Unlike others in the industry, we are a pure play technology which does not compete with agencies or job boards. Ours is a transparent marketplace existing only to assist our partners.”

“With the backing of Nexus Venture Partners, we are poised to significantly increase our reach and create the first AI based job advertising platform,” said Mr. Jain. “I am very excited to kick-start this next stage of our growth.”

Sameer Brij Verma, partner at Nexus, said his firm is thrilled to partner with Joveo. “We strongly believe that their next-generation programmatic recruitment platform and integrated apply/click optimization technology allows the talent management function at enterprises,” he said. “RPOs, job boards and recruitment agencies to radically improve their hiring efficiency at substantially lower costs per hire while accessing a much larger candidate pool outside the current job-board ecosystem.”

Ram Gupta, managing director of Nexus Partners, echoed Mr. Verma’s sentiments. “Joveo is the first to develop true programmatic job advertising technology which is simple, transparent and easy to use,” he said. “And, they are on a mission to work with job boards, agencies, RPOs and staffing agencies to take the pain out of job advertising.”

Mr. Kshitij and Scott Garrett were also the founders of Mobolt, an apply technology platform, acquired by Indeed. The founding team includes serial entrepreneurs, early employees of the adtech space and individuals with ties to job boards and the recruitment space. Recently, Joveo added Abhinav Gupta to its advisory group. He has deep roots in the consumer ad tech space, most recently serving as chief technology officer of Rocketfuel.

Apart from the funding announcement, Joveo also made public its acquisition of Ripple Labs, a programmatic media buyer which partners with agencies to provide an open publisher marketplace and trading expertise. Financial details of that transaction were undisclosed.

New York-based human cloud firm Hyr raised $1.3 million in a seed funding round led by venture capital firm Flybridge Capital Partners, according to media reports. Hyr, which matches gig workers with hospitality companies, has boarded more than 10,000 workers since it started last year, and its clients include some 200 businesses.

Talent acquisition platform SmartRecruiters recently raised $30 million in series C financing, led by Insight Venture Partners. The company plans to leverage the additional capital to sustain its rapid growth, accelerate its global market presence, and continue to invest in its product footprint to serve the needs of the more than 5,000 enterprise companies.

Reflektive, an HR analytics and employee engagement platform, has secured $13 million in series A funding led by Lightspeed Venture Partners. Reflektive will use the new funding to accelerate development of its platform, enhance customer success and hire across all departments to support its mission to revolutionize performance management.

Glassdoor, the job and recruiting marketplace, closed a $40 million investment round recently, led by funds and accounts advised by T. Rowe Price Associates. The financing will support Glassdoor’s continued growth and investments in product, marketing and people around the globe, according to internal sources at the company. 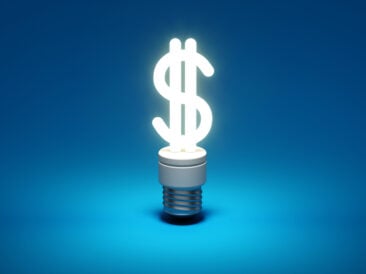