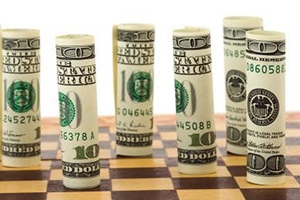 Founded in 2013, pymetrics utilizes neuroscience and AI to assess job applicants across a range of cognitive, social and emotional traits and algorithmically recommend the best-suited candidates to companies. The company’s algorithms are proactively audited for demographic bias using an algorithm bias detection tool, which evaluates candidates based on their cognitive and emotional traits rather than their resume, making the process free of gender, race and socioeconomic bias. If a person is not appropriate for the initial job pymetrics will match the individual to other opportunities within the same, or at a different, company.

The pymetrics platform also helps companies with internal mobility, workforce insights and reskilling, matching existing employees with new roles within their organization. “Companies like Unilever, Accenture and others have seen results like doubling hire yield, increasing diversity of hires up to 20 percent and a 65 percent increase in retention through the pymetrics platform,” pymetrics said.

The company launched an Asia-Pacific presence this year, opening offices in Singapore and Sydney, adding to its existing locations in New York and London. It will use the investment to accelerate international expansion and continue product development.

Frida Polli, pymetrics’ CEO and co-founder, said pymetrics fundamentally reinvents the job matching process by making resumes and rejection letters a thing of the past. “Candidates should be evaluated on their potential, not pedigree, and all candidates should be encouraged to find their ideal job rather than a rejection letter being the end of the road,” she said. “The current process does not use people’s time efficiently and it does not maximize human potential.”

“We believe pymetrics is at the forefront of the transition to digital recruiting, where companies no longer need to rely on traditional, outdated screening processes to find their best talent,” said Alex Crisses, managing director at General Atlantic.

Gary Reiner, operating partner at General Atlantic, also praised the company:  “From our experience, companies are increasingly focused on improving diversity and retention amongst their employee base,” he said. “We believe pymetrics offers the best solution to address these issues and we look forward to partnering with the company as it continues to grow.”

Reflektive, an HR analytics and employee engagement platform, has raised $60 million in Series C funding. The company says it will use the cash infusion to invest in research and development to help grow its cloud-based platform of people management solutions. It also plans to double its engineering team and expand strategies worldwide.

oveo, a recruitment technology platform, raised $5 million in Series A funding led by Nexus Venture Partners. The start-up intends to use the cash infusion to continue to accelerate its product offerings, expand its partnerships and scale its AI/deep-learning layer. Apart from the funding announcement, Joveo also made public its acquisition of Ripple Labs.