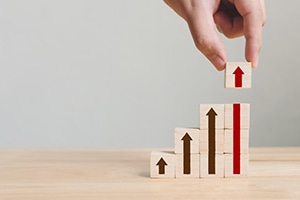 The round was led by London-based private equity firm Zouk Capital with participation from previous investors 83North, Balderton, Notion, TriplePoint and Endeavor Catalyst.

“For our customers, this means a renewed commitment to deliver the best recruiting software in the market, a more ambitious product development plan, a stronger company with more resources to help you get results, and an ever-increasing user community to connect with and learn from,” said Nikos Moraitakis, CEO of Workable. “We’re excited at the prospect of building the recruiting tool you will be using in the next decade.”

More than 20,000 companies have used Workable to source and evaluate 50 million job candidates in 100 countries around the world. Workable’s aim is to use technology to make the recruitment process more efficient and save time for recruiters at small- and mid-sized companies.

“Unless you really think that a junior recruiter spending as little as six seconds per resume (by their own admission) will not be outdone by a computer who has observed millions of human decisions and hiring outcomes,” said Mr. Moraitakis. “Or that your local staffing agency who needs three weeks and a few thousand dollars to produce a long list will fare better than a computer who can match candidates out of a pool of millions instantly and reach out to them with programmatic, hyper-targeted advertising within 24 hours.”

“If you look at how the product has evolved over the last couple of years, you’ll see it’s already moving in this direction,” he said. “Our audience reach has expanded significantly with a network of more than 180 job sites, top-tier partnerships with LinkedIn and Indeed, and job syndication with Google and Facebook.”