Menu
View our Events
Stay Connected:
A new report by Rosenzweig & Company finds that women make up only 7.9 percent of the highest executive positions at Canada’s top companies. Let’s take a closer look at the report, while founder Jay Rosenzweig weighs in on how companies can help accelerate progress for women in the C-suite. 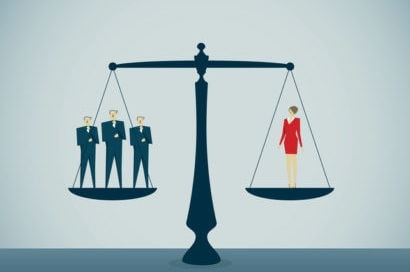 March 20, 2020 – In many respects the past few years have represented a tipping point for women – and the men who support them. The abrupt fall of high-profile individuals from the worlds of business, entertainment, politics and media, coupled with the rise of broad-based movements like #MeToo and #TimesUp, seems to signal a profound shift in societal attitudes towards gender, power and authority.

As with the U.S., however, that shift has yet to be fully reflected in Canada’s corporate executive suites. Still, several encouraging signs offer hope that change is underway in the Great White North, according to the 15th annual report from executive search firm Rosenzweig & Company.

Each year, the “Rosenzweig Report on Women at the Top Levels of Corporate Canada” tracks the number of women who hold the highest executive positions at Canada’s 100 biggest publicly-traded companies. These C-suite leaders of industry – CEOs, CFOs and others – play a key role in hanging corporate culture and enhancing diversity.

In the most recent statistics, 43 women held such leadership positions, a decrease from 53 last year. This drop in numbers was due to several factors, including women retiring, leaving roles for new opportunities, men supplanting women who were on the list previously, and businesses falling off of the list of top 100 companies. Of the 538 executives, 43 were women and 495 were men. This year report’s indicated that female participation was at 7.9 percent, down from 9.9 percent the previous year.

“Rapid change has been elusive, and this year’s numbers are disappointing,” said Jay Rosenzweig, managing partner of Rosenzweig & Company. “However, my personal belief is that this is a moment in time where technological forces and social pressure are setting up the ‘perfect storm’ for a massive leap forward. But it will take bold and courageous leadership to get there. We owe it to ourselves and future generations to seize the opportunity. We can’t sit on our laurels if we are to achieve our dream when leaders will simply be leaders, not male or female leaders.”

CFO was the most commonly held C-suite title by female NEOs. Twelve women held a CFO title, and two held SVP of finance titles. Three held COO titles, two held a human resources title, and four served in general counsel positions. Three women held NEO positions in marketing or merchandising functions, one was in a sustainability role, three held CIO or IT titles, and two were in corporate or commercial development roles. Seven women were divisional heads, and one was an executive chair. Of the 43 female NEOs, three were CEOs.

One of those who weighed in on the report is Canadian Prime Minister Justin Trudeau. “We cannot afford to backslide on the progress we have made on hiring, promoting, and retaining women at the highest levels in our workforce,” said Mr. Trudeau. “That’s one of the reasons why tracking numbers around diversity is so important. Canada will always lead by example. After all, diversity is our strength. But to ensure the advancement of diverse women in positions of senior corporate leadership, we all need to work together. Not only because it is the right thing to do, but because it is also the smart thing to do.”

“In spite of Canada being one of the world’s most progressive nations, we all have a long way to go in order to level the playing field,” said Kate Robertson, founder of One Young World. “The fact that one of the world’s most prominent talent management companies produces this report indicates how important it is for there to be gender parity amongst top decision makers.”

“A company can only thrive once its workforce truly embraces gender equality,” said Camille Boothe, head of people & culture at Uninterrupted. “Good corporate governance is the responsibility of leadership, and we should all work to strengthen the alliance between men and women in the workplace. Through inclusion and gender equity, we can become the kinds of change makers that redefine the narratives around success in business, for men and women.”

“My corporate experience reinforced the need to have more people from different backgrounds in key decision-making roles – whether it be more women; more people of color; more diversity in terms of age, thought or cultural background,” said Claudette McGowan, chief information officer, BMO Financial Group. “Companies benefit when they are led by individuals with dissimilar life experiences and outlooks, ones that better represent our current global and interdependent world.”

Mr. Rosenzweig said he hopes that this year’s reported numbers reflect a temporary pause on a longer road to success. “But only time and subsequent surveys can tell us that,” he said. “In past years I have suggested that corporations might look at the so-called ‘Rooney Rule’ used by the NFL for the process of hiring coaches and senior front-office executives. Put simply, it requires that diverse candidates be brought forward for consideration when positions open up.”

He added that meaningful engagement and partnership with those individuals and organizations focused on advancing diversity in leadership, such as #movethedial, Mogul, Diversio and Halogen Ventures, is essential. “At Rosenzweig & Company, we continue to partner closely with these organizations because we believe it is only by working in concert with strong allies that meaningful progress can be achieved,” said Mr. Rosenzweig.

“From a recruitment and retention perspective we recommend a range of strategies that organizations can implement internally to reduce bias – often unintentional or hidden bias – in the latter stages of the hiring process,” he said. “We believe that recruiting for diversity typically increases the quality of the recruiting process and of the final result. But this approach requires more work and ingenuity. Recruiting for gender or other forms of diversity demands a substantially more intensive search process.”