Menu
View our Events
Stay Connected:
Jonathan Holloway, the provost of Northwestern University, is expected to be named the leader of the New Brunswick, NJ university today. Diversity will be a key focus of the job as Rutgers focuses on serving its students and rising to the next level. 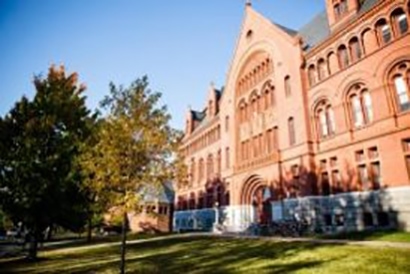 January 21, 2020 – William Funk & Associates, which specializes in recruitment for roles in higher education, has assisted in the placement of Jonathan Holloway as the first black president of Rutgers University. He was selected from a pool of more than 300 applicants. R. William Funk, president of the Dallas-based recruitment firm, led the search.

Robert L. Barchi recently told the board of governors that the 2019-2020 academic year will be his last as university president. He was recruited by R. William Funk & Associates as Rutgers’ 20th president in 2012.

A formal announcement on Dr. Holloway’s hiring will take place this afternoon pending formal approval by the university’s board of governors and board of trustees, according to a high-ranking university official.

Students and faculty members had suggested the university make diversity a priority in the hiring process, saying Rutgers leadership should reflect the student body. Nearly 35 percent of Rutgers students are white.

“We do need somebody who values diversity as much as the rest of us do,” Mark Angelson, chair of the board of governors, said early in the search process. “Diversity is precious to Rutgers, and whoever comes in to do this job is going to need to be sensitive to that.”

“During our conversations, Dr. Holloway clearly showed he had the vision and experience to put the needs of students first and lead Rutgers to the next level,” said Phil Murphy, governor of New Jersey.

Dr. Holloway is currently the chief academic officer and provost of Northwestern University. He is professor of history and African-American studies and specializes on post-emancipation U.S. history with a focus on social and intellectual history.

Before moving to Northwestern, Dr. Holloway was the dean of Yale College and Edmund S. Morgan professor of African American studies, history, and American studies at Yale University. During his tenure at Yale, the school faced student protests that attracted nationwide attention. According to The New York Times, Dr. Holloway was at the center of a storm of student protests that were set off by an email in 2015 from a faculty member who suggested that students should be allowed to wear whatever Halloween costumes they wanted, regardless of whether they offended someone. Many students considered the email to be culturally offensive, and the controversy sparked debate about the university’s history and the way it has dealt with race. Dr. Holloway, who became the first black dean of Yale in 2014, embraced some student demands, like calling for a more diverse faculty.

Dr. Holloway received a bachelor’s degree with honors in American Studies from Stanford University and a doctorate in history from Yale University. He began his academic career at the University of California, San Diego, before joining the faculty at Yale in 1999. Dr. Holloway serves on boards of the Chicago Botanic Garden, Illinois Humanities, the National Humanities Alliance, the Society for United States Intellectual History, and the Organization of American Historians.

To Build More Diverse Teams, Avoid Unconscious Bias When Hiring
The benefits of diversity and inclusion for non-profit organizations are well-documented and include greater success in almost every possible metric. “Often, however, non-profit leaders and managers tend to ignore a key barrier to more meaningful workplace diversity: unconscious bias,” said Molly Brennan, founding partner of Koya Leadership Partners, in the new report.

Founded in 1766, Rutgers is the nation’s eighth oldest college. Rutgers University-New Brunswick is the flagship campus, with an enrollment of more than 42,000 students (about 33,650 undergraduates and 8,600 graduate students). The school employs about 10,000 full- and part-time faculty and staff. Its annual budget is upwards of $1.7 billion.

William Funk & Associates is an executive search firm specializing in higher education executive recruitment. The firm has conducted more than 400 searches for university and college presidents and chancellors over the last 35 years. It just recently placed Steven Leath as the 19th president of Auburn University. The firm is also undertaking the president search for Bradley University.

Driving Diversity and Inclusion from the Top
Despite the well-documented benefits, many companies still lag behind when it comes to creating a diverse workforce. In speaking with 60 top leaders, Russell Reynold Associates found that those at the top are pivotal to delivering change.