Menu
View our Events
Stay Connected:
Dale E. Jones, CEO of Diversified Search, was newly inspired by venture capitalist Robert Smith’s magnanimous gift to the Morehouse College class of 2019, and his challenge to alumni. Will the executive search industry heed the call as well? 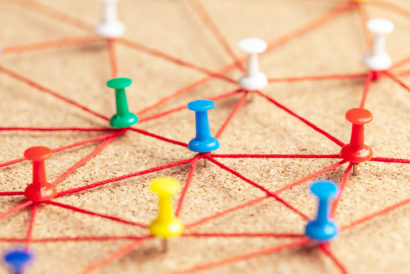 November 13, 2019 – Improving diversity is something that most well-run companies and mission-driven businesses are now implementing. Progress is slow and many times it feels as if we are all taking one step forward, two steps back. But no organization is more important to the success or failure of these initiatives than executive search firms. They hold powerful sway over who moves into the boardroom and into C-suite positions, where all of the most important corporate decisions are made. That power, according to Dale E. Jones, CEO of Diversified Search, raises more questions than answers these days.

“The first step for any search firm is to deliberately and intentionally choose a path toward enlightenment, seeking to understand the unique and complex experiences of African-American men in the corporate world — men who find themselves in the majority demographic when it comes to gender, while existing as a complete outsider when it comes to ethnicity,” said Mr. Jones, in a recent discussion with Hunt Scanlon Media. “After that, we must accept blame and make corrections, explore potential and not someone’s track record, do away with unconscious bias, and set a new course where our legacy does not have to be tied to our past.”

Mr. Jones spoke of recently attending graduation at his alma mater, Morehouse College in Atlanta, when billionaire venture capitalist Robert Smith in making his commencement address, pledged to erase the student loan debt of the entire 2019 class. It made all the news headlines at the time. “As a Morehouse trustee, I was lucky enough to have a front-row seat for Smith’s pledge,” said Mr. Jones. “I am one of the many alumni whom Smith challenged to help future generations of Morehouse men.”

Mr. Smith’s words did not fall on deaf ears. Although the pledge drew the headlines, Mr. Jones said he was struck by several other themes of Mr. Smith’s commencement address, and how much they relate to the most pressing problem facing the corporate search industry today. Of particular note, Mr. Jones pointed to the vital need for the recruitment and retention of African-American men in high-level positions of power.

A Seat at the Table

“Smith called this issue out directly in his speech,” said Mr. Jones. “He said, ‘We need you to become the C-suite executives who change corporate cultures … and make diversity and inclusion a core and unshakeable value.’ He implored this bright crop of soon-to-be professionals to earn their respect, raise their hand for assignments, and most of all, to maintain a healthy sense of self-worth so that they know in their bones they’re deserving of a seat at the table, wherever they end up.”

“While I consider all of his advice to be germane to early career-seekers, following that wisdom is not always enough to get ahead in corporate America — at least, not when you’re a black man,” said Mr. Jones.

The statistics speak for themselves, said the CEO of Diversified Search, himself an African American – a rare commodity in the executive search business. “Only three black male CEOs currently lead Fortune 500 companies, the lowest number since 2002. Between 1980 and 2014, the number of black men in management-level positions at U.S. firms with 100-plus employees grew from “a measly three percent to a whopping . . . 3.3 percent,” said Mr. Jones.

To Build More Diverse Teams, Avoid Unconscious Bias When Hiring
The benefits of diversity and inclusion for non-profit organizations are well-documented and include greater success in almost every possible metric. “Often, however, non-profit leaders and managers tend to ignore a key barrier to more meaningful workplace diversity: unconscious bias,” said Molly Brennan, founding partner of Koya Leadership Partners, in the new report.

At smaller companies, only 6.7 percent of the nation’s management jobs are held by African-Americans (of any gender), according to figures from the Bureau of Labor Statistics. Although progress has recently been made on diversifying corporate boards, the same individuals tend to be chosen, instead of cultivating a wider, ascending pool of prospective African-American men.

Mr. Jones’s own career trajectory, he said, has been an exception. A native of Dallas, he was the son of a shoe cobbler/janitor and a kindergarten teacher. After graduating from Morehouse, he worked in banking. In 1999, he moved into executive search as a managing partner in the Atlanta office of Heidrick & Struggles International. Mr. Jones took a hiatus from the search industry in 2007, relocating to Washington, D.C. to lead a philanthropic foundation dedicated to finding clean water in Africa. Two years later, he returned to Heidrick & Struggles to serve as vice chairman and partner of the CEO and board practice, where he consulted CEOs and corporate boards on human capital issues including recruiting, retention, succession planning and corporate governance. Mr. Jones also served as one of the firm’s leaders in the global communications and global consumer practice, and was later asked to oversee the CEO and board practice in the Americas. In 2013, he was named Diversified Search’s president and CEO, based in Washington, D.C. His responsibilities include oversight and management of the firm and its global CEO advisory services.

In truth, the search industry must accept some of the blame for how the C-suite demographics look today, said Mr. Jones. Proponents of boosting corporate diversity have criticized companies who rely on unsolicited hiring practices and in-house referrals to recruit candidates, arguing these age-old practices work to perpetuate the status quo. More often than not, he said, individuals’ networks reflect their own demographics, thus leading to hegemony.

“But have we as an industry been any better?” asked Mr. Jones. “In order to recruit more, better candidates of color, the search industry needs to get more diverse itself. Who is doing the recruiting influences the outcomes, just as much as client firms’ preferences do.”

Mandatory diversity trainings, which have grown in popularity despite researchers pointing to their inefficacy, are not the only choice to help effect change, said Mr. Jones. “One option is to create a diversity and inclusion officer among the leadership ranks of the search firm, either officially or unofficially,” he said. “Just someone who could do a diagnostic audit by working with HR to solicit feedback from past candidates who were African-American men and grasp their experiences, both positive and negative, to inform best practices in diverse executive recruitment.”

“Change won’t happen passively,” said Mr. Jones. He then quoted Mr. Smith’s commencement address: “When Dr. King said, ‘The arc of the moral universe bends toward justice,’ he wasn’t saying that it bends on its own accord. It bends because we choose to put our shoulders into it — together — and push.”

That’s the first step. “Step two is cleaning up certain practices in the search industry that are common, albeit discriminatory, and disadvantaging black men in the recruitment process,” said Mr. Jones. “For example, vetting candidates based on their social media activity or Google image results, which allows biases to seep in, need to go.”

Another way to influence the hiring of more black men in the upper echelons of management is to realize the power recruiters have as advisors to their clients. “We can not only make the case for individual candidates of color to fill these executive openings, but also become better advocates for why diversity makes the best business sense,” said Mr. Jones.

Companies with more diversity on staff outperform their peers, according to a 2018 McKinsey & Company report. “For every 10 percent increase in racial and ethnic diversity on the senior-executive team, earnings before interest and taxes rise 0.8 percent,” McKinsey reported.

These demographic shifts pay off exponential over time: Research shows it becomes easier to recruit and retain top-tier minority talent once you demonstrate that commitment in a few individuals. “It’s the right thing to do for our clients, and our own industry,” said Mr. Jones. “Already, the search industry specifically focused on minority recruitment has grown into a billion-dollar industry. Fortune 500 companies spend $2.5 million, on average, each year recruiting minority candidates. It’s in the best interest of both recruiters and corporations to understand the value of hiring diversely.”

Driving Diversity and Inclusion from the Top
Despite the well-documented benefits, many companies still lag behind when it comes to creating a diverse workforce. In speaking with 60 top leaders, Russell Reynold Associates found that those at the top are pivotal to delivering change.

Perhaps the most essential change the search industry must push for, which is also the hardest step, he said, is to place more emphasis with clients on candidates with potential above a proven track record. “This will make a lot of people squirm,” said Mr. Jones. “But as Smith said during his Morehouse speech, one of the enduring lessons of his career has been the importance of taking ‘thoughtful risks.’”

To identify diverse candidates with strong potential, the search industry must do a better job of proactively cultivating relationships with alumni networks (particularly from historically black colleges and universities), African-American chambers of commerce, and mid-career professionals, he said. “Developing deeper relationships with candidates of color will help with understanding their unique and indispensable strengths,” said Mr. Jones. “Doing so, I believe, will help any recruiter come to see that Horatio Alger myths are, for the most part, a fallacy that make people feel good.”

The best and brightest don’t always automatically rise to the top. An effort must be made to find them and given them a chance. “When surveying candidate pools, overt racism would never be tolerated at any reputable search firm,” said Mr. Jones. “What is tougher is the fight against unconscious bias, which still lurks in the minds of too many hiring executives. Finding great leaders means vaulting past stereotypes and myths.”

Times are changing. In August, the banking giant Citigroup, after seeing African-American diversity backslide in senior positions for eight consecutive years, announced in an internal memo that it was pledging to increase those numbers over the next three years by hiring and promoting more diverse candidates into management-level jobs. Not long ago, hundreds of CEOs — from companies such as Dow Chemical, Home Depot, and Walmart—signed on to create a safe workplace environment that’s conducive to ongoing dialogues about diversity and unconscious bias, while pushing those results out to corporate leaders across the country.

“Despite a legacy of exclusion that we’re all fighting to correct, the coming years present an opportunity like never before to bring more black men into the fold of corporate leadership,” said Mr. Jones. “Smith’s message was ultimately an optimistic one. ‘Despite the challenges we face, America is truly an extraordinary country,’ he said. ‘Today, for the first time in human history, success requires no prerequisite of wealth or capital; no ownership of land, natural resources, or people. Today success can be created solely through the power of one’s own mind, ideas, and courage.’”

Robert Smith’s gift was deeply meaningful to a generation of Morehouse men, and Mr. Jones in particular. “When he turned to the alumni, myself included, challenging us to do more, I immediately knew how I could help: I could recruit,” said Mr. Jones. “All of us in the search industry, the people who find America’s next great leaders, should be inspired to take up Smith’s call to action.”