Menu
View our Events
Stay Connected:
A revealing report by Spencer Stuart busts three common cultural myths and zeroes in on how today’s recruiters look at the culture of an organization when seeking candidates. Let’s go inside the findings! 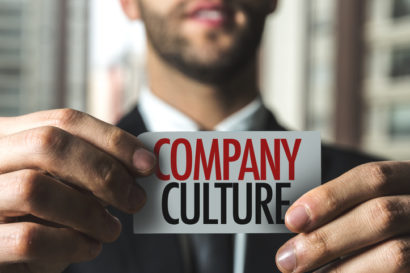 March 20, 2019 – Culture fit is hardly a new concept. Well before the rise of various models and frameworks to evaluate organizational culture, companies recognized the risk of hiring a cultural mismatch — such as the lone wolf in a company that values collaboration. New employees, especially leaders, who clash with the culture are often ineffective, and are likely to quickly depart for a friendlier environment.

“As appreciation has grown for the power of culture to influence individual, team and business performance, many leaders are looking for more systematic approaches to evaluating culture, personal fit and culture impact,” according to a report by Spencer Stuart. “With this insight, they can make better decisions about hiring and promoting, improve the success rate of leadership transitions and ensure that they develop future leaders who are able to positively influence culture.” The report was authored by veteran search consultants Alexander Hiller, Dimity Hodge and Jesse Price.

Culture analysis is a critical action for a company to take — and a complex one, as well. The Spencer Stuart culture approach is based on the insight that an organization’s culture is defined by where it falls on two dimensions: how the organization responds to change and how it views people.

“Organizations can range from highly individualistic to highly interdependent, placing greater value either on autonomy and individual action or on collaboration,” said the report. “Similarly, an organization can be more or less open to change — focused on maintaining consistency and predictability at one end of the spectrum or emphasizing flexibility and creativity at the other. We use this framework, which includes eight distinct cultural styles, to evaluate organizational culture and understand how an individual executive is likely to align with — and shape — that culture.”

Culture can feel elusive for companies. Absent a methodology or common language for evaluating their current culture and defining an aspirational culture, organizations can fall victim to a few common culture myths. “This can make it harder to select the right people or equip hires with the guidance and support they need to succeed in a new context,” Spencer Stuart said. “According to our research, a lack of culture fit (rather than lack of skills or experience) is responsible for 68 percent of newly hired executives failing within their first year.”

Spencer Stuart presented the three most common myths recruiters encounter when seeking the right candidate to fit an organization’s culture:

When considering candidates for a role, a common pitfall is confusing likeability or “sameness” with culture fit. In the absence of a framework for assessing how a person aligns with the culture, Spencer Stuart said that it can be tempting for interviewers to rely on considerations such as whether candidates share their interests or backgrounds. A manifestation of this is the so-called ‘airport test’: Could I pass hours stranded in an airport with this person? 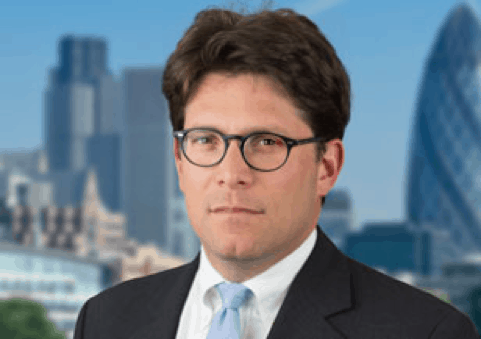 Alexander Hiller leads the Spencer Stuart leadership advisory service practice in Europe, the Middle East and Africa. He advises clients on a range of leadership, CXO succession and organizational culture aspects, including helping them assess their senior leaders and talent for top-level positions and increasing their individual or top team effectiveness. He is also a member of the firm’s private equity, financial services and consumer practices.

On its face, the idea of personally liking a new hire to a team seems logical; leaders want to interact with people who are going to make their jobs easier — or less onerous, at least. But likeability and personal interests are not the same as culture style. “Assessing culture fit and impact requires a deeper look at the person’s style and how it compares with the current organizational or team culture,” the Spencer Stuart report said. “It’s essential to evaluate the fit relative to where the culture stands, as well as where it should be in order to achieve the intended strategic and operational plans.”

The report said that recruiters should ask themselves these questions: Does the individual prefer highly stable environments, or does he thrive in more flexible and open environments? Is the leader collaborative, or does she prefer to work independently? “Without assessing these factors, a company can end up saddled with an affable leader who simply isn’t up to the job,” Spencer Stuart said. “Or worse, the new hire doesn’t fit in with the company’s culture despite the hiring team’s personal affinity for the leader.”

Related: How Artificial Intelligence is Changing the Culture of Work

Seeking like-minded individuals can also lead to homogeneity, which affects culture, and even performance. In a study by Northwestern University’s Kellogg School of Management, diverse groups outperformed like-minded groups because diversity triggered more careful information analysis of the issues. “Generally speaking, people would prefer to spend time with others who agree with them rather than disagree with them,” said researcher Katherine Phillips, now senior vice dean at Columbia University. “But a breadth of perspectives brings more cognitive processing and more exchange of information,” she said. 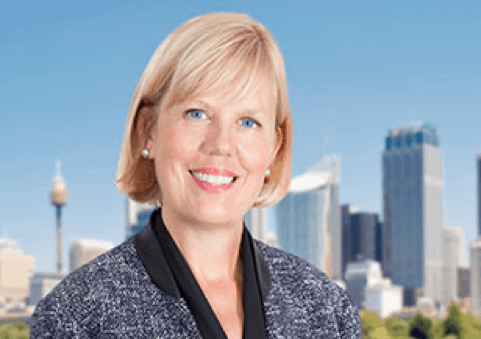 The Spencer Stuart report also said that organizations undergoing change will want to hire or promote leaders who will draw the best out of the current culture while aligning with future aspirations.

A company seeking to transform itself digitally, for instance, must take pains to ensure a new leader is capable of driving change but is also able to read and respect the company’s current culture in order to devise a differentiated change plan. “Ensuring this level of alignment is a complex process that unstructured conversations alone won’t address — instead, it requires a deep understanding of current and future culture (with all its positive and potentially negative aspects), based on finely tuned tools to assess the degree to which individuals fit with the target culture,” the report said.

Myth No. 2: We know a candidate’s style because we know the work history

Certain companies, and business units, have a reputation for being hard-driving or collaborative or hierarchical, while others are associated with attributes like creativity or analytical rigor. “It’s tempting to conflate these attributes and assume that all individuals who work at these companies or in these functions will have the same personal style,” Spencer Stuart said. “These assumptions can keep organizations from accurately assessing how individuals might fit with the current or target culture when hiring or moving them into new roles, or exploring other skills that could be harvested or utilized.”

“There can be a sense that an individual’s culture preferences are hardwired by their current organizational culture and they can’t adapt to a new organization,” one client told Spencer Stuart. “So someone from GE will be hardwired to drive results, for instance. It’s easy to think, ‘That’s who they are, and that’s how they’ll always be.’” Similarly, she noted, a candidate with a great deal of technical experience might be seen as myopic and “not viewed as a change agent because they can’t look end-to-end across the organization, when that might simply not be true.” 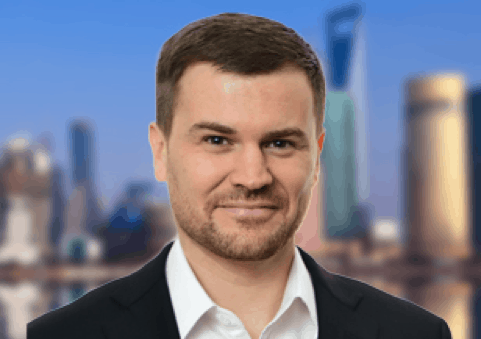 Jesse Price is a Spencer Stuart consultant specializing in advising senior executives on developing high-performing organizations, teams and leaders. An expert in organizational culture and talent, he leads consulting teams that implement largescale organizational change programs for companies across industries. His most recent clients have included some of the world’s leading retail, pharmaceutical, technology and consumer products companies.

It’s important to separate what truly motivates and drives a person from how they adapted to navigate a particular culture at work, the Spencer Stuart report said. “A person might exhibit a certain style in one environment in order to succeed, even if that style doesn’t come naturally,” the report said. “Having a more nuanced and data-based view of candidates opens up more possibilities, allowing companies to make better decisions and support the leaders they hire, as well as provide input on which natural qualities they could tap into to drive performance or change.”

Myth No. 3: A new leader will change everything

When a company wants to transform its culture, it’s only logical to believe a new leader will help achieve this goal. However, Spencer Stuart said that for companies without a clear and explicit understanding of their culture, bringing in a new leader to drive change can be like “tapping in the dark.”

Related: Five Things to Consider When Creating a Company Culture

Some companies, for example, try to take a “shortcut” to evolving culture by bringing in someone from a radically different organization that represents the direction key stakeholders have in mind — such as a company eager to achieve a digital transformation hiring an executive from Google or Amazon.

Intense Hunt is on for Global Diversity Chiefs
The chief diversity officer role is gaining traction with organizations around the world. In the wake of a recent controversy, fashion icon Gucci is among those adding the position to its ranks, and pushing hard to address cultural awareness. Let’s go inside the search.

“Rather than taking the longer, and more difficult, path of in-depth analysis and gradual change of their business model and processes, the hope is to reinvent the company in one fell swoop with one person singlehandedly leading the way,” the Spencer Stuart report said. “Unfortunately, a quick fix is rarely an effective one, and the prevailing culture almost always wins when there is a mismatch.”

Consider this recent example: A growing software company with a highly collaborative culture brought on a new sales leader who thrived in more top-down cultures that valued power and authority. Despite having the right experience and capabilities — and a remit to spur fast growth — his new co-workers chafed at his style, finding him to be “bold,” “aggressive” and “sharp elbowed.” In his first month, he presented aggressive targets and said whoever couldn’t hit them would be fired. This was such a violation of the company’s cultural norms that he was let go within the first six months.

“By contrast, leaders in a well-aligned culture understand that they have the flexibility to hire people who may not be a perfect match, but can be successful in the organization if they understand the key elements of the culture and how their personal style is compatible or how it’s not,” said Spencer Stuart. “They also understand how to provide the appropriate support for hires to help them succeed in their transition.”

Organizations that analyze, understand and emphasize their own culture are better equipped to hire or promote leaders who align or add to their current culture. They also help define and deliver a new aspirational culture. “By taking a thoughtful, data-based view of where the culture is today and where the culture should be to support the business strategy,” said Mr. Hiller, “companies can more accurately assess how individual leaders impact and fit with the team or organizational culture — an important input when hiring, promoting, planning for succession and transitioning new leaders.”

The positive effects carry over beyond these immediate leadership decisions, said Ms. Hodge. “When organizations understand their culture, they can create a diverse, aligned workplace that unleashes the full potential of the organization,” she said.