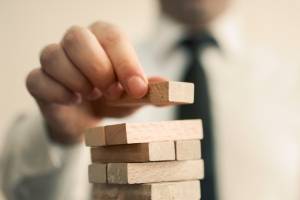 October 6, 2017 – Global recruiter Ward Howell International has named John Pothin as a partner in its consumer and industrial practices. Based in the firm’s New York office, Mr. Pothin joins with over 30 years of combined business and leadership experience including several senior global leadership roles in human resources at the GTECH Corporation and at Hasbro Inc.

Mr. Pothin recently served as the managing director of human resources for Patriarch Partners, a private equity firm in New York, with investments in more than 70 businesses across 14 industry sectors. In his time there, he placed more than 250 senior executives in leadership roles across the portfolio of companies as well as specialists within the holding company. Prior to his corporate work, Mr. Pothin was an infantry officer in the U.S. Army, where he served from 1983 to 2003.  In his last assignment, he was the executive officer to the superintendent of the U.S. Military Academy, at West Point.

In his new role, Mr. Pothin will work across the consumer, industrial and private equity practices. Additionally, his earlier CHRO experience positions him to advise clients in the U.S. board practice.  Ward Howell has 31 offices in 23 countries and offers clients global reach and leading-edge technology while maintaining personal partner-led service on every search.

Asad Haider, Ward Howell president for the Americas, COO and member of the board, said Mr. Pothin promises to be a significant asset to the firm. “His global operational experience and track record of search success make him a valued addition to our U.S. team,” he said.

Ward Howell is looking to have 50 partners by 2020 and no more than 100 by 2023, said the firm. Over the next two to three years, it intends to establish roughly eight offices in key cities around the country. The plan is to recruit strong professionals who know the local markets and want to expand their horizons by joining or starting up industrial specialty teams.

With a Bow to the Past, Now Looking Forward

Search firms have come and gone over the years, but one that returned to the scene in the U.S. last spring was a welcome surprise: Ward Howell International. To many in the headhunting sector, the name Ward Howell conjures up a bow to the past. It was a well-recognized, pioneering recruitment brand that all but disappeared in the late 1990s. But it wasn’t long before several enterprising global search partners joined together and formed an international search firm platform that ultimately rebranded under the old Ward Howell name. Here’s some further reading from Hunt Scanlon Media.

At the end of August, the firm acquired Curran Partners, a Stamford, Conn-based executive search firm with a concentration in the life sciences, among other sectors it serves. Ward Howell also named search veteran Michael Tappan as a partner and head of corporate development for its operations in America. Mr. Tappan, who has 46 years experience in executive recruitment, will also help to establish a U.S. board practice for the firm.

Twenty years ago, Ward Howell, one of the iconic brands in the search industry, virtually disappeared after being acquired. Two years ago, Mr. Haider and Dr. Bernd Prasuhn began efforts to return the name to its former glory in the U.S., but under the auspices of a new firm. Mr. Tappan, who was manager of the New York office, among other roles, for the old Ward Howell, is charged with continuing that work.

This past April, Ward Howell also added Sonia Prais as a partner in the firm’s retail, beauty & lifestyle practice group. Based in Orange County, she works out of Ward Howell’s California and New York offices. Ms. Prais brings 20 years of experience in executive search, having worked in the U.S. and across Europe and Asia with clients including Saks Fifth Avenue, Ralph Lauren, Vera Bradley, Topshop and Madura Garments. She has specific expertise in relocating candidates globally for clients, often to challenging geographical markets.