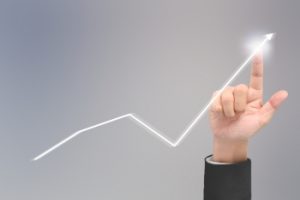 September 13, 2017 – With two key moves in recent weeks, global recruiter Ward Howell International has shown that it has no intention of slowing down in its plans to establish a major presence in the U.S. and expand its offerings to clients.

At the end of August, the firm acquired Curran Partners, a Stamford, Conn-based executive search firm with a concentration in the life sciences, among other sectors it serves. And last week, Ward Howell named search veteran Michael Tappan as a partner and head of corporate development for its operations in America. Mr. Tappan, who has 46 years experience in executive recruitment, will also help to establish a U.S. board practice for the firm.

Twenty years ago, Ward Howell, one of the iconic brands in the search industry, virtually disappeared after being acquired. Two years ago, Asad Haider and Dr. Bernd Prasuhn began efforts to return the name to its former glory in the U.S., but under the auspices of a new firm. Mr. Tappan, who was manager of the New York office, among other roles, for the old Ward Howell, is charged with continuing that work. Mr. Haider remains president, Americas; chief operating officer; and board member of Ward Howell.

The acquisition of Curran Partners will no doubt be a critical part of that effort. Curran Partners’ operations and staff will be integrated into Ward Howell.

“The Curran Partners team significantly enhances our organizational capabilities and adds both breadth and depth to our key executive contacts in a range of sectors,” said Mr. Haider. “The firm’s long record of building biotech firms from early stage development through commercial launch is a major addition to our life sciences platform. We now are strongly positioned in all sectors of life sciences, including large pharma and branded and generic medicines and are serving clients and cultivating relationships in key locations across North America.”

Founded in 1989, Curran Partners became the U.S. member of the international network, ECI Group, in 2003. The firm serves a variety of sectors including life sciences, consumer, and industrial products. Its life sciences work has a strong emphasis on companies in various stages of drug development and commercial launch.

“We are very pleased to join forces with Ward Howell and play a part in re-establishing this highly regarded firm in the core North American market,” said Michael Curran, founder and managing partner of Curran Partners. “After discussions with a number of other firms, Ward Howell emerged as the clear choice. We share a commitment to excellence in executive recruiting and client service. Like us, Ward Howell is keenly aware of the critical importance of recruiting only the strongest talent in building and providing a competitive edge to client organizations. We look forward to bringing our shared ideals and combined resources to the service of our valued clients.”

“Ward Howell was one of the pioneers of the executive search industry, having been founded in New York in 1951 by H. Wardwell Howell,” said Scott A. Scanlon, founding chairman and CEO of Hunt Scanlon Media. “Over time, it became one of the top 10 search networks in the world and synonymous with quality service.” The new Ward Howell, which is based in New York, has 31 offices in 23 countries and regional offices in Boston, San Francisco and Miami.

Ward Howell International is looking to have 50 partners by 2020 and no more than 100 by 2023, said Mr. Tappan. Over the next two to three years, the firm intends to establish about eight offices in key cities around the country. The plan is to recruit strong professionals who know the local markets and want to expand their horizons by joining or starting up industrial specialty teams, said Mr. Tappan. Those teams will work with counterparts in other U.S. offices as well as Ward Howell offices around the world.

“We envision a firm that will be large enough to compete with the major search firms but small enough to preserve freedom from excessive client conflicts, keep the way open for new client and practice development, maintain a collegial, non-bureaucratic environment, and offer a highly attractive financial opportunity for our partners,” said Mr. Tappan.

“We will continue to develop and grow our exceptional marketing and research support infrastructure and maintain our competitive edge. As the firm grows, we will remain committed to the professional principles and practices that guarantee consistency of quality work and results throughout our firm. The famous Ward Howell brand is back but truly ‘new and improved.’”

Mr. Tappan was a partner with the former Ward Howell from 1987 until its acquisition. In addition to managing the New York office, he was a member of the executive committee; vice chairman, international; and a member of the Ward Howell International Council. He co-founded Ward Howell’s affiliated firm in Russia in 1992 and was based in Moscow in 1999 to 2003 as chairman. After returning to the U.S., he founded two search firms, the first focused on the recruitment of international board directors for local companies in Russia and the second, starting in 2014, in Ukraine.

Mr. Tappan launched his career in executive search in 1971 in the New York office of Russell Reynolds Associates.  During the 10 years he worked for that firm, he spent three years in Paris, where he opened and ran Russell Reynolds’ first office on the Continent. During the 1980s, he said, he was a partner with an entrepreneurial search firm that was then a leader in developing computer technology to support search research.