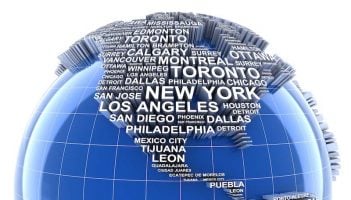 June 29, 2016 – The Hershey Company, the largest chocolate manufacturer in North America with revenues of $8 billion and 22,000 global employees, has expanded its business relationship with executive search firm Ward Howell International.

A significant portion of Ward Howell’s recruiting work for Hershey’s has been conducted on a global basis in some 25 far flung markets for more than a decade. But the central Pennsylvania-headquartered company is now turning to the search firm to hunt for new leaders in the U.S., the candy maker’s largest consumer market.

“I’d been serving Hershey for the last 15 years, doing work literally all over the world for them, most of which was in Asia Pacific,” said Asad Haider, Ward Howell’s president of the Americas who is now based in New York. “But a point came when I took stock of our relationship and realized we were doing everything for Hershey outside North America, but nothing for them in their home base. So, I popped the question: ‘You’re using us for everything outside the U.S. Can we support you here as well?'”

Mr. Haider’s timing couldn’t have been better. Like most global conglomerates looking to improve their hiring efficiencies, The Hershey Company was in the middle of working on better ways to manage the costs and processes associated with recruiting as many as 1,000 new people a year. As Mr. Haider approached the company with his request, he discovered it was undertaking a top to bottom review of its search firm providers.

Hershey’s vice president of talent, Chris Scalia, ultimately succeeded in reducing the number of recruiting firms under contract with Hershey’s from 22 vendors to four global search providers and a handful of specialists, including Korn Ferry, Egon Zehnder, Spencer Stuart and ZRG Partners. Mr. Scalia said he considers them “in rotation” for recruiting executive and director level roles that surface.

But Ward Howell, he added, is “an outlier” among that group — Hershey’s preferred talent provider across all of its functional lines and geographic outposts. He said Ward Howell is “the kind of relationship that has been built through time and, frankly, through learning from victories and failures.”

Ward Howell has provided Hershey with executives in just about every conceivable function, from head of digital to chief procurement officer, from marketing executive roles to HR leadership positions to finance and audit leaders.

Mr. Scalia said he looked at the culling of search providers “as an optimization opportunity,” but more importantly, he said, “it was an opportunity for us to have better partnerships, not just vendor relationships.” He said that he found Ward Howell to be the most “nimble and adaptable” of the search firms he turns to for advice.

A Focus On Diversity

Recent reports from Hunt Scanlon Media, specifically its ‘In-House Recruiting Best Practices Report‘ published earlier this year, show that corporate talent acquisition professionals have been undertaking a similar winnowing process and in a majority of cases setting up their own in-house search capabilities to better manage and organize their hiring initiatives. It has cost top end recruiting firms over a billion dollars since the Great Recession, according to recent data compiled by Hunt Scanlon, and pushed industry leaders like Korn Ferry into acquisition mode and others toward service diversification for growth.

Mr. Scalia, who has served in a number of labor counsel and progressively senior HR leadership roles in his 11 years at Hershey, pointed to Ward Howell’s focus on diversity as a deciding factor on choosing them over their other rivals.

“Diversity is a key strength for Ward Howell,” he said, “not just in their capacity to provide demographically diverse candidates, but in their ability to provide top level candidates with diverse backgrounds, diverse experiences and diverse ways of problem solving. That’s the real value we see in them.”

As a global consumer products company, Mr. Scalia said that Hershey’s focus on diversity is central to its recruiting strategy. “Ward Howell and Asad, in particular, understands that implicitly,” he said, adding: “What draws me most to Asad is that he does not think of diversity as just another box to check. Diversity is an important means by which we drive our business forward — and he, and his team, understands that.”

A native of Canada who has spent a great deal of time in Pakistan and the Middle East, Mr. Haider studied in Turkey as a young man and speaks Turkish as well as German. Importantly for his work with Hershey’s, Mr. Haider has deep experience in the global consumer products sector. He started his career at Procter & Gamble in the early 1990s where he held a variety of roles within HR, marketing and business planning before moving to PepsiCo where he landed in its marketing function responsible for one of the company’s key markets in the Middle East.

“Other firms would typically start from a strong market and then expand in emerging markets,” said Mr. Haider. “Our model is really upside down. We first started focusing on emerging markets. Now, we are here.”

So far Ward Howell has opened 29 offices worldwide. “A lot of them are in Asia Pacific, so we focused early on in China, India, the Middle East, Korea, the Philippines, and markets where there was a lot of economic activity. Then we started expanding toward Europe,” he said. “Our most recent stop to consolidate the whole thing began about six months ago when we set up our business here in the U.S.”

Its American staff remains small, but Mr. Haider expects the partnership to climb to 30 or 40 by the end of 2017. In its 29 offices globally, the firm has 80 partners and about 250 employees.

“What we offer our clients is, we think, a superior alternative,” said Mr. Haider.

Check Out These Related Articles On Search Firms Expanding to the U.S.: