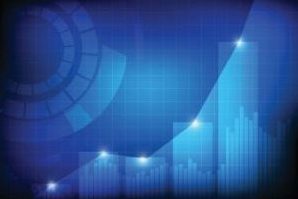 “I am delighted to announce these new appointments to the team in the U.K., making us possibly the largest industrial executive search teams in the U.K.,” said Scott MacRae, Carmichael Fisher’s managing director of industry for manufacturing and real estate. “This coupled with the addition of Annie to our team in Los Angeles is a testament to the great work done by the team to develop new relationships with blue chip clients as well as further develop and expand our existing relationships across Europe, Middle East and the U.S.”

“These additions will not only support the practice in maintaining our high standards with existing clients, but will also help us strengthen our position in newer areas and acquire new clients.”

Mr. Bieberbach joins as a senior consultant. He has more than 15 years of experience in executive recruitment across delivery and as a consultant. He has extensive knowledge and contacts in the automotive industry and the industrial market in Germany, the firm said.

Mr. Rodriguez joins as a consultant. He was previously at Harvey Nash, where he worked for several years in the technology and professional services space. He is a Spanish national who also speaks fluent English and French, the firm said. Mr. Rodriguez will bolster the international nature of the practice, which now represents 10 nationalities. This not only reflects the diversity of the practice and by extension the organization, said Carmichael Fisher, but also the international nature of its client base.

Mr. Inarejos joins the food and beverage specialist team as a senior associate. He has many years of experience recruiting senior leaders for another London-based boutique, the firm reported. A French national, Mr. Inarejos also speaks fluent English and Spanish.

Mr. Prevedi is a senior associate. He has an international background, having lived and worked in Belgium, Italy and now London. Mr. Prevedi has a strong history, the firm said, of placing candidates across EMEA, APAC and the U.S. He is fluent in French, Italian and English.

Mr. Day is an associate. He is a recent graduate of Pearson College London, where he earned a bachelor’s degree with honors in business management with finance.

Ms. Sequeira comes to the real estate team as an associate as well. She recently earned a master’s degree in organizational psychology after spending six years as a teacher.

Ms. Horsburgh joins as an associate having recently graduated from Durham University with a bachelor’s degree in modern languages. She speaks Spanish, Russian and French and is expected to be a strong addition to the international research team, the firm said.

A Texas native, Ms. Noorani joins Carmichael Fisher’s industry team as a lead associate. She covers the U.S. market from the firm’s Los Angeles office. Ms. Noorani, who has worked for two global recruiters, has more than five years of experience. She also has several years of experience in business-to-business sales.

Carmichael Fisher conducts local and international cross-border assignments with an integrated approach that transcends geographical boundaries while maintaining local sensitivities, the firm said. Clients range from small local groups to some of the largest brands and most respected international businesses.