Menu
View our Events
Stay Connected:
Regularly refreshing skills and competencies is considered essential to enhancing employability, according to the latest Randstad study. Let’s take a closer look into the report. 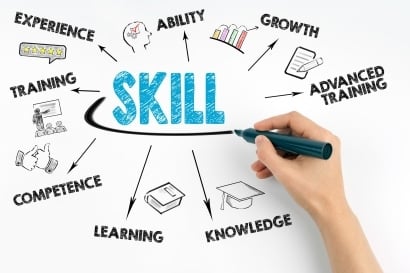 October 12, 2017 – Ninety percent of global respondents to a recent Randstad Workmonitor survey said that regularly refreshing skills and competencies will enhance employability. Seventy one percent, in fact, reported that they have done so within the past year.

This belief was highest in China (98 percent) and lowest in the Netherlands (67 percent). On average, 74 percent of the global respondents said that they were realizing their full potential in their current jobs. This was most evident in Greece and Malaysia (90 percent), while in Japan only 55 percent of respondents agreed. When it comes to staying aligned with developments in their field, employees in India (97 percent) were happiest, while in Japan only 56 percent felt they were keeping up to speed.

“These low scores in Japan may be explained by the fact that the Japanese tend to be pessimistic and discreet,” said Takashi Matsui, head of Randstad Research Institute Japan. “They often avoid saying ‘yes’ if they’re not 100 percent sure about something.”

In general, employees believed that keeping their skills and competencies up to date is their own responsibility (91 percent). In Mexico, as many as 99 percent of respondents believed this, while in New Zealand only 75 percent agreed.

Nevertheless, 75 percent of global respondents felt they need more training and/or education to stay up to date, with 71 percent looking for more vocational training and 49 percent for training of personal skills. Job-related skills were in highest demand in Mexico (89 percent), while the greatest need for developing “soft” skills was reported in Singapore (78 percent), India (73 percent) and Malaysia (70 percent).

France scored only 16 percent on the need for more training in general. This might be explained by the fact that the French employment market is overstrained with far more people being unemployed than there are jobs available. Consequently, many French workers have lost confidence in the usefulness of training as it often fails to result in a job or improve their working situation.

Over the past 12 months, 71 percent of global respondents said they have done some training activity to improve their skills in relation to work. The lowest score (32 percent) was again found in Japan.

“There is a deeply rooted seniority culture at Japanese companies,” said Mr. Matsui. “Employees are basically promoted with age, and people generally believe that investing in skills will not increase income or career development. Our long-hour working culture may also play a role.” Training activities were also relatively scarce in France, where only 55 percent took part in a training activity over the past 12 months.

Who Should Pay For Training?

Globally, 66 percent of respondents indicated that job-related training activities were offered and paid for by their employer. The percentage was highest in India (85 percent), while Japan again scored lowest (42 percent). So, to what extent were employees willing to arrange and pay for training themselves? Overall, 67 percent said they would be willing to do so, with the highest percentage in Mexico (96 percent) and the lowest in France (43 percent) and Japan (41 percent).

With a Mobility Index score of 109, the number of employees worldwide expecting to be employed elsewhere in the coming six months remained stable compared to the previous quarter. Mobility was up most in New Zealand (by seven), Hungary (six), Australia (five), and France (five). The biggest decreases were found in China (down by seven) and the U.S., Norway, Sweden and Greece (all minus five).

At 47 percent, job change in India was even higher than in the previous quarter, with 34 percent changing employers and 13 percent changing positions at the same employer. At 43 percent, overall job change in Malaysia was slightly down; 28 percent of employees here changed employers, compared to 33 percent in the previous quarter. The percentage of employees changing positions at the same employer, however, did increase in Malaysia (up from 11 percent to 15 percent). Actual job change is still lowest in Luxembourg (eight percent).

Compared to last quarter, job satisfaction increased most in Denmark (from 79 percent to 83 percent). Denmark is now the second-most-satisfied country behind Mexico (85 percent). Job satisfaction decreased in Australia, Austria, Malaysia and New Zealand, and is lowest in Japan (42 percent).

“This is a clear signal for organizations. Offering challenging assignments and development opportunities to grow and learn are critical to keeping top quality talent,” said Kevin Cashman, senior partner at Korn Ferry. “Professionals who have progressed in their careers have done so for another reason. They’re passionate about what they do and need to feel that they are being pushed professionally and continually learning new skills.”

However, companies are failing to help their employees progress. According to research released by global talent management provider Penna, hiring managers are ill-equipped to have career conversations with their direct reports, with nearly a third (31 percent) saying their organization doesn’t provide people management training.

The Penna research also revealed that career conversations are seldom tracked or fed into succession plans, with a third (33 percent) of managers admitting that their organization doesn’t have a formal process for recording and tracking the long term career goals of its employees and 23 percent said information gathered doesn’t get fed into succession planning.