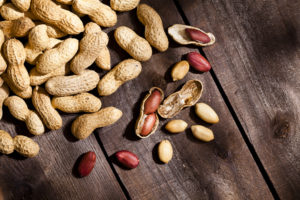 “The APC executive committee has spent the past several months collaborating with industry stakeholders to identify the key qualities needed in the next leader of the American Peanut Council,” said Monty Rast, who served as the organization’s chairman for the past year. “With our selection of Richard Owen, we believe we have found the best person to lead the organization into the future. Given the American Peanut Council’s main priority and mission of strengthening export sales of U.S. peanuts to global markets, we are excited to work with Richard in laying out a comprehensive strategy to develop international markets, reduce tariff and non-tariff trade barriers, and expand sales of U.S.-origin peanuts around the world in a sustainable manner.”

APC’s president and CEO has overall responsibility for the effective and efficient operation of the organization, based upon the consistent delivery of activities, events and other products and services important to the continued success and financial strength of its members. Mr. Owen will report to a seven-member executive committee of directors and will be expected to provide the expertise needed to maintain the smooth operation of a complex membership-based organization and its financial strength and stability.

Concurrently, he is charged with working closely with the entire board to provide the visible, aggressive leadership needed to drive change and adaptation to the evolving needs of members and the changing expectations of consumers and other APC stakeholders.

Mr. Owen  has held senior leadership positions at the Produce Marketing Association for the past 11 years, and earlier in his career served as director of agricultural affairs in the Office of the U.S. Trade Representative (USTR) and as executive vice president of the Montana Grain Growers Association. Mr. Owen has built a strong track record of working to strengthen American agriculture, developing particular expertise in international marketing and market development.

“I’m thrilled to be joining the American Peanut Council as its next president and CEO,” said Mr. Owen. “To be able to lead an industry-wide organization of APC’s stature into the next chapter of its growth is a great personal and professional opportunity. Throughout the selection process I was impressed with the leadership’s commitment to both the organization and the broader peanut industry. I look forward to partnering with all of the industry stakeholders in this new endeavor.”

The work of the American Peanut Council is an integral part of a larger effort to support the peanut industry. Mr. Owen and his team will work closely with the National Peanut Board (leading domestic marketing and peanut allergen efforts), the U.S. Peanut Federation (leading advocacy, policy and regulatory efforts), the Peanut Institute (coordinating peanut nutritional research), as well as state grower and segment organizations to advance the interests of our great industry.

“2020 has taught all of us that we need to be flexible and adaptive in order to survive and prosper,” said The American Peanut council. “With the addition of new leadership to the APC, we are excited to see a revamped and revitalized export promotion program, building on the strong results achieved over the past several years. In partnership with the U.S. Department of Agriculture’s Foreign Agricultural Service, we need to align the resources of the American Peanut Council to adapt to changing market conditions and significant non-tariff trade barriers that have been imposed by a number of our trading partners.”

The American Peanut Council is a non-profit, membership-driven organization that serves as the umbrella trade association representing all segments of the U.S. peanut industry. Based in Alexandria, VA, its mission is to support the long-term growth of the U.S. peanut industry. Among its efforts, the American Peanut Council promotes the global consumption of U.S. peanuts, develops export markets, helps protect the industry supply chain, leads scientific research on peanut production and provides thought leadership on food safety, sustainability, crisis and risk management.