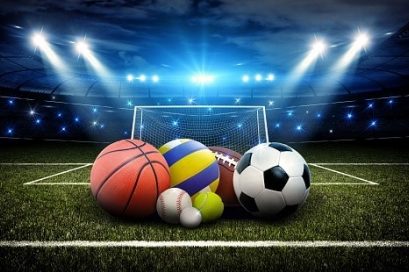 February 15, 2018 – The global sports industry has grown into a juggernaut. Its revenues are as much as $700 billion a year, surpassing the economies of many countries, according to the accounting firm KPMG. So it only makes sense that executive recruitment firms have become essential partners to organizations that are feeling the heat not just to win on the playing field but in every facet of their business.

“Sports is an industry that has continued to evolve into a more complex, revenue-first, sophisticated industry that is constantly in need of professionals with a core experience level,” said Scott Carmichael, founder and CEO of the recruitment firm Prodigy Sports. “With valuations of teams now topping out, in some cases, at over $3 billion, maximizing revenue while adapting to the needs to understand analytics, customer segmentation, and so on, there is a lot more pressure on organizations to find top talent with a specific set of skill-sets.”

These days, recruiters as even being called upon to identify and recruit coaches, which for time immemorial was a task that most teams felt comfortable handling on their own. But not long ago, even former NBA superstar Patrick Ewing, who won fame for his play at Georgetown University, was recruited by a search firm to become basketball coach at his alma mater.

“This is a topic that personally troubles me,” said Mr. Carmichael. “I don’t want to sound like a hypocrite given our clear desire to continue our 30 percent year-over-year growth, but does Georgetown (Patrick Ewing) or Michigan (Jim Harbaugh) or other such examples of no-brainer hires really need to utilize a search firm to find those eventual hires?” With no disrespect intended, he said he finds it almost laughable that a search firm would blast a news release around the world that they were retained by such and such school / organization to land a coach that anyone remotely following the sports business – including the 100,000s of alums – could have done.

Nevertheless, Mr. Carmichael agrees that there are good reasons for assigning such a job to a recruiter. “There is tremendous value in having a university or professional sports team to engage in a quick, national search for coaching talent,” if, for no other reason, to validate what their own set of executives have networked and uncovered, he added.

Colleges and universities have been hard pressed to maximize their lucrative revenue streams, although they reached that conclusion more recently than professional sports. As a result, the range of skill-sets that athletic directors and the like must bring to their jobs in these environments continues to grow. With that realization come the search firms.

“It has come much more important to find sophisticated business leaders with a long history of business acumen that wasn’t necessarily a key factor 20 years ago,” said Mr. Carmichael. “You look at big school athletic programs now and there is a long list of associate ADs with specialization in ticket sales, sponsorship sales, fundraising, and so on. So, in addition to the core attributes needed by an AD, having those additional skills while also surrounding yourself with an experienced staff with specific skill-sets – often coming from executives who have come from professional sports organizations – is key.”

New Jersey-based Prodigy Sports, founded in 2007, is a boutique, niche search firm with a focus on senior executives at the VP and above levels. It has a staff of 10 people. “Our core competency is on the revenue generating areas of the business – CRO, sponsorship, ticketing and media sales – but we’ve recruited for most disciplines from sales, finance, facility operations, food service, technology, digital and HR,” said Mr. Carmichael.

Recruiters Offer Sports Clients an Expanding Talent Platform
The relationship between sports teams and executive search firms is rapidly expanding and now extends beyond merely recruiting. Seasoned recruiters are providing strategic planning advice with the capability of applying their findings to speed along the process in the hunt for talent.

Prior to starting the firm, Mr. Carmichael served as executive vice president with ANC Sports Enterprises from 2004 to 2007. At ANC, he was responsible for marketing, consulting and generating new business streams while diversifying ANC’s brand. He also served as head of the National Hockey League’s Club marketing department from 1995 to 2004. In this role, he provided consulting services to the NHL’s Member Clubs in the areas of ticket sales and operations, corporate sales and marketing and promotions. Mr. Carmichael’s previous employment includes the Los Angeles Memorial Coliseum and Sports Arena, Los Angeles Clippers, the Los Angeles Olympic Organizing Committee and the Los Angeles Kings.

Mr. Carmichael came into sports recruiting more by happenstance than any life-long plan. “Following 25 years on the team (LA Kings, LA Clippers, LA Lakers) and league (NHL) side of the sports business, I had a short stint with ANC Sports, but began building the foundation of Prodigy which was clearly predicated on the hundreds of deeply-rooted relationships I had built in the industry,” he said. “I was extremely fortunate to gain the trust of the Dallas Cowboys and long-time friend, Greg McElroy, for our very first search, which led to four other search projects with arguably the biggest sports brand in the world. Those projects were immediately followed by three others from the New York Yankees, thus cementing our launch – and legitimacy – with two of the globe’s largest brands.”

For Mr. Carmichael, the future of sports as a niche for recruiters became evident when companies like Korn Ferry, Russell Reynolds Associates and Heidrick & Struggles began their foray into the sector in the late 1990s and early 2000s. “Turnkey Sports launched their practice shortly before us and since then, there have been a few other boutique pop-ups that have come and gone,” he said. “Clearly, there is an advantage to having a sports-specific practice given the nuances of the industry and the inherent specialization that comes with it.”

Though he competes on the same playing field as the others who recruit for sports organizations, Mr. Carmichael regards his firm as a step above the rest. “What clearly separates Prodigy Sports from all the others – whether global or boutique firm – is that our agency brings experience of having performed many of the exact roles we’re asked to search for,” he said. “With my 25 years of experience at the team and league level, I understand all the specs of most of the jobs we’re asked to recruit for because I’ve done them personally. No other search firm can honestly proclaim what we can. Period.”