Menu
View our Events
Stay Connected:
The hurricane-impacted job market bounced back in October as the unemployment rate fell to its lowest level since the Clinton administration. Let’s go inside the latest jobs report. 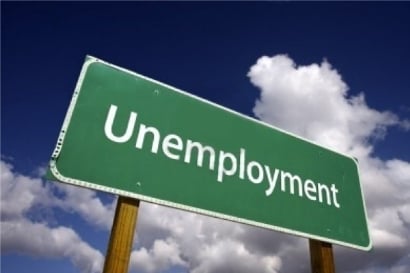 November 6, 2017 – Employers added 261,000 jobs last month as the U.S. unemployment rate dropped to 4.1 percent, the lowest in nearly 17 years, according to the most recent U.S. Bureau of Labor Statistics report. Economists had forecast that payrolls would increase by 310,000 jobs last month.

Employment in food services and drinking establishments increased sharply over the month, mostly offsetting a decline in September that largely reflected the impact of Hurricanes Irma and Harvey. In October, employment also increased in professional and business services, manufacturing and healthcare.

“Hurricane job loss in a given month is typically followed by a bounce-back over the following three monthly payroll reports,” said John Herrmann, a rates strategist at MUFG Securities. That means the distortions may continue through the end of this year.

Twitter is seeking a Global Head of Talent Acquisition! Lead, develop and inspire a global team of almost 85 recruiters, sourcers, operational experts, coordinators and other recruiting specialists; Provide direction to global recruiting leaders and specialists in all areas of talent acquisition, including Executive Talent Acquisition; plus much more. Apply Now!

Brett Ryan, an economist at Deutsche Bank, told The New York Times that there was a soundness to the numbers that had been lacking. “It’s finally feeling like the economy is starting to fire on multiple cylinders rather than relying solely on consumers,” he said.

Wage Growth Seen in Most Recent Quarter
Overall wage growth increased by 1.7 percent year-over-year across all industries in the third quarter, according to the latest ADP Workforce Vitality Report. The report tracks the same set of workers over time, which provides a more insightful picture of wage growth than overall wage growth.

U.S. employers in all sectors expected hiring to pick up in the final quarter of 2017, with 21 percent planning to add staff between now and December.

When compared with the third quarter of 2017, employers reported slightly stronger hiring prospects in four industry sectors nationwide: construction, leisure & hospitality, other services and professional & business services. For two of these sectors – other services and professional & business services – hiring intentions are stronger than at any point since they were first analyzed nine years ago. In addition, employers in durable goods manufacturing reported the strongest intentions in the past 10 years.