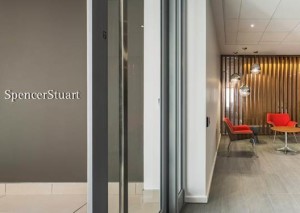 December 9, 2015 – Spencer Stuart has recruited Drew Green as chief executive officer of Indochino. Co-founder and outgoing CEO, Kyle Vucko, will continue as a strategic advisor to the company.

A high-growth management veteran and iconic Internet entrepreneur, Mr. Green has spent his entire career connecting online audiences with retailers through advertising technology, e-commerce and marketplace platforms in the U.S., U.K. and Canada. He was the founding CEO and chairman of SHOP.CA, Canada’s first multi-category marketplace and one of the country’s largest online retailers. Previously, Mr. Green held leadership roles with Flonetwork (acquired by DoubleClick), DoubleClick (acquired by Google) and SHOP.COM (acquired by Market America). In 2011, he founded Katapult Internet, a holding company that empowers over a dozen companies in web, retail and emerging market categories.

“After an extensive international search, the board is thrilled to have an executive of Drew’s caliber leading the company’s growth strategy,” said Scott Jacobson, Indochino chairman and a managing director at Madrona Venture Group. “He is a rare blend of entrepreneur and passionate operator, and is unquestionably one of the top e-commerce and retail executives in North America. Drew brings a proven ability to create and grow shareholder value, and we are confident in his bold vision for building Indochino into a global brand.”

With showrooms in Toronto, Vancouver, New York, San Francisco, Philadelphia, Beverly Hills and Boston, Indochino is a global retail pioneer in made-to-measure menswear. The company is on track for annual sales growth of 40 percent this year.

Spencer Stuart recently handled a number of high-profile CEO searches for tech companies. The firm placed Jack Dorsey in the top post at Twitter, Léo Apotheker at Hewlett-Packard, and assisted in the promotion of Brian Krzanich to CEO at Intel. The firm is currently heading the CEO searches for Numerex Corporation and Shutterfly.