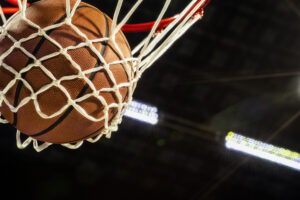 February 9, 2022 – Universities continue to turn to executive search firms to fill top coaching positions. The University of Louisville has retained Chicago-based DHR Global to assist in its search process for a new head men’s basketball coach. DHR’s managing partner and global sports practice leader Glenn Sugiyama is partnering with the school on the search. “Identifying the right coach to lead our premier college basketball program is my focus,” said Josh Heird, interim director of athletics at the University of Louisville. “With the assistance of DHR, which has extensive experience in the athletics search space, we will conduct a comprehensive, inclusive and expeditious search for the next head coach to lead our storied program.”

“I am honored to help Josh and the University of Louisville in their search for a new head men’s basketball coach,” said Mr. Sugiyama, who has been leading executive searches in the sports sector for more than 17 years. “The university has a rich tradition of athletics’ excellence and a storied basketball program, and I respect the importance of this search for the program, students and alumni.” The new coach will replace Chris Mack, who reached a separation agreement last month with the school, ending his tenure short of four full seasons. Mike Pegues is currently serving as Louisville’s interim head coach.

Mr. Sugiyama is known for some unusual tactics when conducting high visibility searches. According to a 2019 Chicago Tribune story, he once sent a decoy plane to Boise, ID, during a search to throw off reporters and fans familiar with flight tracking.