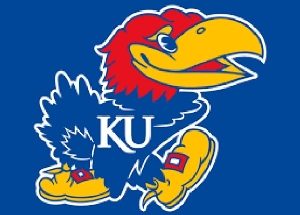 May 24, 2018 – The University of Kansas has turned to Korn Ferry to help find its next director of athletics. Sheahon Zenger was recently relieved from his duties. Jed Hughes, who leads Korn Ferry’s sports practice, is heading the assignment. Sean Lester, the school’s deputy athletics director, will serve as interim director while the search is being conducted.

“Athletics continues to face a number of challenges, and progress in key areas has been elusive,” chancellor Douglas A. Girod said in a recent statement. “To achieve the level of success we need and expect, I have determined a change in leadership is necessary.”

The KU athletic department’s relationship with Adidas has also been under scrutiny as a result of a federal indictment in April against one of the shoe company’s executives, which mentions the Jayhawks’ basketball program. Despite allegations, the school has continued to work on plans to complete a 12-year, $191 million sponsorship contract with Adidas.

“I have begun the process of identifying a permanent athletics director,” Mr. Girod said. “To lead this process, I have enlisted Drue Jennings, one of our most respected and accomplished alumni.”

Mr. Jennings, who received both his undergraduate and law degrees from KU, is of counsel at the law firm of Shughart, Thomson & Kilroy. He previously served as CEO for Kansas City Power & Light Company. An avid supporter of the school, he served as interim athletics director in 2003 and led the searches that led to the hiring of chancellor Bernadette Gray-Little and KU men’s basketball coach Bill Self.

“Since becoming chancellor, I have spent countless hours with higher education peers and Jayhawks to hear their perspective on KU,” said Dr. Girod. “A common thread in these conversations is that, as a major public university with national aspirations, we must continue to strive for excellence in all areas — including athletics. As I have said many times, a successful athletics department is inextricably linked to our broader mission as a flagship research university.”

Mr. Hughes, of Korn Ferry, is renowned for identifying, assessing and developing leaders for sports organizations. His relationships within sports and intercollegiate athletics are extensive, having spent 20 years coaching in professional and intercollegiate football and working for five Hall of Fame coaches. Jason Belzer of Forbes has called Mr. Hughes the most valuable connector of the sports industry.

Recently, Korn Ferry placed Carla Williams as the director of athletics at the University of Virginia. She becomes the first female African-American athletic director at a Power Five conference school and is the fifth active female AD at that level.