Menu
View our Events
Stay Connected:
A new report by Heidrick & Struggles urges companies to take a harder look at their efforts to achieve diversity. HR leaders, said the search firm, must be more prepared than ever to instigate difficult conversations in three distinct areas. Let’s take look at the latest findings. 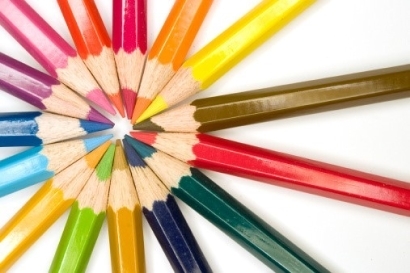 May 24, 2018 – Plenty of organizations say they are looking to change the makeup of their workforce in terms of ethnicity, gender, sexual orientation and age, but in the end many fall far short. It’s 2018, and the view from the C-suite and boardroom still looks nothing like the ethnically and racially diverse world outside.

Statistics provided by Diverse Magazine show that in the U.K. just four percent of CEOs and six percent of board members in the FTSE 100 are black, Asian and minority ethnic (BAME), despite members of this community making up 14 percent of the working-age population there. In the U.S., 37 percent of the private-sector workforce is non-white, but just 13 percent of executives are minorities.

The importance of diversity to team and company performance should by now be a given, yet the nationalism that fueled the Brexit decision and the election of President Donald Trump is reminding HR leaders on both sides of the Atlantic that progress on diversity cannot be taken for granted, says a new report by Heidrick & Struggles. “If companies are to reach an increasingly diverse population of customers, suppliers, and partners – or, for that matter, if they are to do the right thing – then CHROs must be more prepared than ever to instigate difficult conversations in the following three areas,” said Billy Dexter, a partner in the search firm’s Chicago office and its Americas regional diversity leader.

1. Are we meaningfully involved?

“Diversity” is a big bucket. “Too many companies have a fuzzy definition of which communities, precisely, they want to connect with – let alone have a familiarity with them,” said the Heidrick report. “By contrast, forward-looking companies have specific communities in mind and engage with them directly.”

Forming genuine relationships with these communities helps move companies past “tick the box” behaviors that stymie some diversity efforts. Heidrick pointed out, for example, that some companies participate in diversity forums or programs that send participants to networking opportunities organized specifically for BAME executives (a practice that we find is more common in the U.S. than in the U.K.) The Executive Leadership Council in the U.S. is a good example of a professional-development and networking organization that benefits and inspires current BAME executives.

“If you don’t already participate in your target communities, determine where they are and what organizations matter to them,” said Heidrick. “If these organizations don’t exist, are you in a position to create one?”

The talent pipeline is key, but many companies are hindered by inherent biases. “To fill your pipeline with BAME talent, start with an understanding that the journeys of these employees will be different from those of white employees,” the report said. “The best universities, for example, are not as accessible to many disadvantaged populations – so a preference to hire from only the top schools means your pipeline will likely be whitewashed.”

Hiring Executives to Increase Investment in Diversity Programs
New efforts toward improving diversity are on their way over the coming year, according to a new report by Glassdoor. One in three (35%) hiring decision-makers expect to increase investment in diversity and inclusion and only 3% expect it to decrease. The remainder said they have no plans to change.

Ernst & Young, for example, removed its minimum grade requirements and added a “blind CV” program to university recruiting in order to fight unconscious bias in hiring decisions. Heidrick said that the company saw the number of recruits who were the first in their family to go to college increase by seven percent. “Similarly, a global bank we’ve studied expanded its focus on historically black U.S. colleges and universities to identify colleges with rising Latino populations, bolstering the company’s reach into communities in which it previously had little traction.”

Some companies maintain a view on more experienced talent as well, said Heidrick. For example, they conduct periodic talent-mapping exercises to create detailed snapshots of the BAME executives in a particular specialty (say, clinical development in pharmaceuticals, or R&D).

Related: Establish a Diversity Baseline and the Money Will Follow

“Your company also needs to demonstrate that it is a destination for BAME talent,” said Mr. Dexter. “A vocal commitment to issues your target population cares about is one step. You also need to role-model diversity at the right level. If you want a pipeline filled with women and people of color, but all your thought leaders and executives are white men, your appeal sounds hollow.” A sincere approach to filling a company’s pipeline recognizes that these optics are important and incorporates a diagnostic review of how the organization is currently seen by these target communities, he added.

3. Do our diverse colleagues want to stay?

Many companies assume that top talent will rise in a meritocracy, but a combination of company culture, unconscious biases and other factors often prevents this from being the case, said the report. The key to retaining BAME talent is mentorship and sponsorship. “When key BAME hires are brought on, make sure they have mentors who will smooth their integration onto the team and sponsors who will ensure they are getting prime assignments and opportunities,” the Heidrick report said. “One global pharma company runs sponsorship programs in each of its major divisions. By providing its up-and-coming diverse executives with access to networking events, structured career plans, and meaningful relationships and face time with more senior colleagues, the company maintains a retention rate among diverse leaders that is markedly higher than that of its peers.”

Egon Zehnder Offers 7 Steps to Improve Diversity
There is now broad consensus that having a diverse board, where directors are drawn from both genders and from an array of races and ethnicities, provides the breadth of perspective that is essential in today’s global dynamic environment.

“A true commitment to building a diverse workforce, from the front line to the C-suite, starts with an honest reflection on why the company doesn’t look like its customer base,” said Mr. Dexter, who also co-leads Heidrick’s diversity advisory services practice that assists clients in creating diverse leadership teams. “The CHRO will be best placed to spark such conversations within the executive team and across the company. By combining sincerity, authenticity, and, above all, consistency in their diversity efforts, CHROs can help their organizations become more inclusive – a result that benefits business and society alike.”

Related: Path to Profitability: The Business Case for Board Diversity

Promote champions. Identify diverse, internal role models in positions of seniority. Seek ways to get them front and center to promote your culture.

Start a dialogue. What causes does your BAME talent support? What boards do they sit on? These represent possibilities for your company to more meaningfully engage with diverse communities.