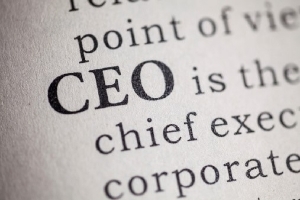 Mr. Hemara, who joined the co-op four years ago as general manager strategy and commercial, has over 20 years of commercial and executive experience in New Zealand agritech. Among his roles, he served as chief operating officer of LIC. He also has experience in operations management, marketing, laboratory management and general management. He holds a master of management degree from Victoria University, specializing in strategy.

DGC chairman Campbell Storey said Mr. Hemara was chosen after an extensive four-month recruitment process that assessed both internal and external candidates. “David takes on the CEO role with the full support of the board, and brings the right mix of commercial experience and strategy focus to drive our future growth,” he said. “We are confident he will continue the results that Tony has achieved over the last four years.”

The search firm also placed Kevin Bowler as CEO for Auckland-based My Food Bag. He takes over for founding co-CEOs Cecilia and James Robinson who are shifting into strategic and governance roles for the organization.

Most recently, Mr. Bowler served as CEO of Frucor Suntory. Previously, he was CEO of Tourism New Zealand. During his tenure in that role, the international visitor sector grew over 30 percent to become New Zealand’s biggest export earner, worth more than $13 billion annually and attracting over 3.6 million overseas visitors each year.

“We’re thrilled to welcome Kevin to the company,” said Ms. Robinson. “He has outstanding leadership skills and a visionary style which will play an important role in propelling My Food Bag to new heights and reaching more customers with our healthy and delicious meal choices.”

The company specifically sought an individual with a proven capacity for building high-performing teams and attention to customers. “Kevin has that reputation,” said Ms. Robinson. “His experience in consumer products on the one hand and digital business on the other makes him ideal for this position. We’ve got innovation in our blood and we’re excited to work with Kevin to continue to build the momentum.”

Mr. Bowler said he was excited about his new role. “My Food Bag is widely recognized as one of the most innovative companies in the country,” he said. “We are also renowned for our focus on our people and our customer-first approach,” Bowler says. “I love that the business is built in New Zealand and for New Zealand.”

Ms. Hobson has over 25 years’ corporate experience, initially in banking & finance and later in executive search. She held senior positions in corporate banking with major banks in both New Zealand and the U.S. and has worked with top-level executives optimizing financial performance and implementing company strategy. She has held directorships in both the private and public sectors, with particular expertise in finance, health and human resources. Prior to Hobson Leavy, Ms. Hobson was a partner with another New Zealand executive search firm.