Menu
View our Events
Stay Connected:
The unemployment rate falls to a record low as employers continue to battle for top talent. Let’s go inside the latest jobs report as leading executive search experts weigh in. 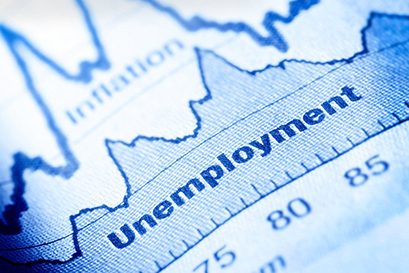 October 5, 2018 – Employers added 134,000 jobs last month as the U.S. unemployment rate dipped to 3.7 percent, according to the most recent U.S. Bureau of Labor Statistics report.

The September gain is the 95th consecutive month of job growth. The number of unemployed people fell to six million.

Analysts polled by Refinitiv (formerly Thomson Reuters) forecast that the U.S. economy would add 185,000 jobs in September with the unemployment rate ticking down to 3.8 percent.

Martha Gimbel, director of economic research at Indeed.com, noted that “in the first half of 2018, the average monthly increase in jobs had even exceeded those in the comparable periods of 2015 and 2016. It is amazing that at this point in a recovery you are seeing growth that is on average faster than the previous two years.”

The labor market, the Federal Reserve said, “has continued to strengthen and … economic activity has been rising at a strong rate. Job gains have been strong, on average, in recent months, and the unemployment rate has stayed low.” The Fed is forecasting the economy will grow 3.1 percent this year — that’s up from the 2.8 percent it projected in June.

“There is a lot happening in the economy —  the push for greater deregulation and an acceleration of baby boomers leaving the job market, employees are still in the driver’s seat,” said Brett Byers, EVP of The Hawkins Company. “We must also stay cautious with the pitfalls of inflation, staggering national debt, and trade skirmishes worldwide. It is hard to predict what the future holds.”

“We predict greater activity to occur in sectors closely aligned with our aging population,” she said. “Healthcare, pharmaceuticals and all the ancillary industries will continue growing. Transportation and logistics are continuing to grow with consumers relying heavily on e-commerce for all their shopping needs.”

Hiring Looks Strong Heading Into Second Half of 2018
As employers grapple with a highly competitive hiring environment that is causing prolonged job vacancies across the U.S., workers will reap the benefits. According to CareerBuilder‘s ‘Midyear Job Forecast,’ a full 63 percent of employers plan to hire in the second half of 2018, up from 60 percent last year.

“With regard to recruiting and talent trends, we are still in a talent crunch with the baby boomers leaving more now while taking advantage of the strong stock market gains and cashing out their retirements,” Ms. Byers said. “Unfortunately for many organizations, a lot leave with no succession plans in place taking all the valuable institutional knowledge and no knowledge transfer. In addition to generational gap, there is also an interesting technical and soft skill gap. It is a golden opportunity for organizations to be bold and take hiring and promotional risk with high potential talent,” she said. “Organizations need to be creative and really focus on prioritizing the top one to four core competencies that are required for positions.”

“It’s a new economy and a new game,” said Scott Whipkey, CEO of Ascend Executive Search. “At Ascend, our placements, retained searches, confidential searches, and inbound client calls are way up. It’s a great time to be in the executive search business. But for businesses, the booming economy and historically low unemployment means slim pickings for top talent.”

Shawn Baker, president of Rochester, NY-headquartered executive recruiting firm Cochran, Cochran & Yale, said the strong economy can pose challenges. “The state of the economy is currently quite strong, compared to what we’ve seen in recent years,” he said. “As a result, organizations have the ability to compensate employees generously – which has led to a talent gap in the candidate market,”

Key roles are remaining unfilled because it has become increasingly difficult to attract external candidates to apply for openings. “Compensation has become a major issue for many employers, given the current economic climate and competitive market,” said Mr. Baker. “Accordingly, we’re advising our clients to focus their efforts on the training and development of their staff, preparing for both immediate pipelining and long-term succession planning needs.”