Menu
View our Events
Stay Connected:
Happy days ahead: 63 percent of employers plan to add jobs in the second half of the year as workers seek higher pay. Let’s take a look at the latest hiring report by CareerBuilder, with some fresh perspectives from top executive recruiters located across the nation. 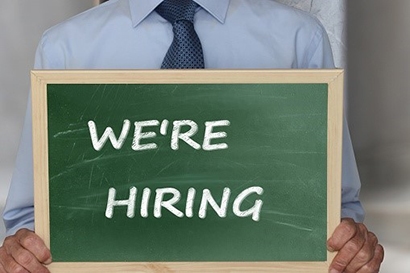 August 8, 2018 – As employers grapple with a highly competitive hiring environment that is causing prolonged job vacancies across the U.S., workers will reap the benefits. According to CareerBuilder‘s ‘Midyear Job Forecast,’ a full 63 percent of employers plan to hire in the second half of 2018, up from 60 percent last year.

A substantial percentage of employers said they expect to offer higher salaries and various perks – such as signing bonuses, extra paid time off, free lunches and the ability to work remotely – to attract and keep talent.

“Low unemployment and increasing skills gaps continue to plague employers who are struggling to fill roles at all levels within their organizations,” said Matt Ferguson, CEO of CareerBuilder. “Fifty percent of U.S. employers reported that it is taking them longer to fill jobs today compared to any other period of time — a trend that is ultimately giving job seekers more leverage.”

HR Business Partner
This role will be responsible for strategic HR partnering with the senior leadership team at Barrow as well as supporting implementation of the UK people strategy at Barrow, localizing where necessary. This is in addition to the lead HR contact on site. Apply on Ezayo!

The national surveys, which were conducted online by the Harris Poll on behalf of CareerBuilder from June 21 to July 15, included representative samples of 1,023 hiring managers and human resource managers and 1,014 full-time U.S. workers across industries and company sizes in the private sector.

What Are the Hot Areas for Hiring?

From a functional standpoint, the top roles employers hiring in the second half of 2018 said they will be adding include:

age Growth Seen in Most Recent Quarter
Wages for U.S. workers grew three percent over the last year, increasing the average wage level by 80 cents to $27.46 an hour, according to the latest ADP “Workforce Vitality Report.” The report tracks the same set of workers over time, which provides a more insightful picture of wage growth than overall wage growth.

The study showed that compensation increases are expected to go beyond high-skill positions. Seventy-one percent of a subset of human resource managers said they believe they have to pay entry-level workers more money because of tight talent pools.

Companies are offering extra perks in an effort to draw more applicants and, ultimately hires. Employers hiring in the second half of 2018 said they would be highlighting different perks in their job offers:

With job growth continuing at a healthy clip, more than one in five workers (22 percent) reported that they are likely to change jobs in the second half of 2018.

Sixty-nine percent of employers said every job today is essentially a tech job because every job has some technical component. That sentiment is reflected in how employers recruit and interview for different roles.

“We see a huge uptick in hiring this year and the number of placements we made trended much higher than the same period last year,” said Tim Tolan, managing partner and CEO of the Tolan Group. “While employers are still slow to hire in terms of the amount of time they are taking to make a decision, they are hiring more people year over year. We expect that trend to continue in the second half of 2018 as the economy is robust and CEO confidence appears to be much higher. We also anticipate a multi-year hiring frenzy as the labor pool of available qualified candidates continues to shrink.”

ummer Hiring Heating Up
U.S. employers are expecting hiring to pick up in the third quarter, with 24 percent of employers planning to add staff, according to the latest “Employment Outlook Survey,” released by ManpowerGroup. Employers in all U.S. regions and industry sectors are looking for headcount to grow.

“Companies with older workers are frantically trying to find ways to keep the brain trust hoping they’ll stick around to transfer their knowledge to the younger workers,” Mr. Tolan said. “Some are offering flex time to part time while others are allowing their employees to retire only to hire them back as a contractor without the costs of all of the benefits offered to full-timers.”

Perks for certain sectors are plentiful. “From free Friday massages, to food five days a week, gym memberships, Costco, unlimited snacks and soft drinks to name a few,” said Mr. Tolan. “The employers of 2018 that offer perks need to understand it will be the new norm and those that don’t offer creative perks won’t be able to compete in this new war on talent.”

Given the enhanced sensitivity to cybersecurity threats, the increased interest of the board of directors and the need for diverse qualified talent, Alta Associates has seen a tremendous surge in requests from companies seeking their first chief information security officer “or asking us to find an executive who can elevate the role and build a more robust organization,” said Joyce Brocaglia, CEO of Alta Associates, an executive search firm specialized in cybersecurity and IT risk leadership. Alta sits at the nexus of having a strong network of cybersecurity subject matter experts as well as deep trusted relationships with diverse candidates.

“We are finding that the combination of the two is what companies are seeking most and the economy will only negatively impact that demand if it truly takes a deep nose dive,” she said. “Cybersecurity is an area that the greatest challenge a company faces is in finding the talent that fits their unique requirements and then competing for them in a very demanding marketplace.”

“Driven by the reality of a highly competitive marketplace, we have been advising our clients to move both thoughtfully and swiftly as they look to identify and attract top talent,” said Dara Klarfeld, chief executive officer at DRG Search. “Organizations who can distinguish themselves as ‘best places to work,’ and who can demonstrate not only a strong value proposition in the non-profit world, but a strong culture of inclusion, flexibility and excellence are going to rise to the top as the best of the best for those looking to make their next professional move,” she said.

“We will continue to see an uptick in hiring across the board in most major industries in the U.S. including business services, consumer, retail, healthcare, financial services, and technology,” said Joseph Carbone, managing partner at Eastward Search Partners. “By our measurement, if consulting and professional services remain strong in their growth plans, candidates will have several options to choose from, one potentially better than the next.”

“As companies scramble to keep up with competition and demand they must consider how they will not only attract talent but also how they will retain the talent they have,” Mr. Carbone said. “I’ve negotiated several packages recently that took components most often reserved for executives: deferred compensation, equity, etc. and negotiated them into non-executive packages given the climate and need for talent. That being said, I don’t recommend a shift or total overhaul of compensation packages but companies will need to think about how they are going to attract and retain on an ongoing basis,” he said. Stay tuned.