Menu
View our Events
Stay Connected:
U.S. job growth accelerated in February, pointing to a strong start for Donald J. Trump as he sets out to expand the economy and boost employment. Let's take a closer look. 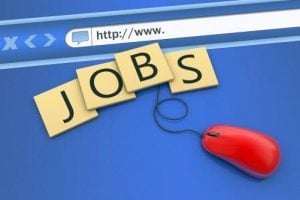 March 10, 2017 – Employers added 235,000 jobs last month as the U.S. unemployment rate fell to 4.7 percent, according to the most recent U.S. Bureau of Labor Statistics report. During the month, the number of workers unemployed also dropped to 7.5 million. February marked the 75th straight month of job growth in the U.S. Economists surveyed by Bloomberg had expected the nation to add 200,000 jobs in the first full month of Donald J. Trump’s presidency.

Consumer and business confidence have surged in the wake of President Trump’s election victory last November. The president has pledged to dramatically accelerate the pace of job growth and oversee the creation of 25 million new jobs in the next decade. By comparison, the U.S. has added 15.5 million jobs since 2010, a mark that includes significant catch-up from the mass layoffs of the financial crisis.

Organizations need talented employees to drive strategy and achieve goals, but with an improving economy finding and recruiting the right people is becoming more difficult. While the severity of the issue varies among organizations, industries and geographies, it’s clear that the changing global economy has created a demand for new jobs, new skills and new capabilities – and organizations are scrambling to find the best workers to fill these positions ….. Here’s some further reading from Hunt Scanlon Media.

Business has been, generally-speaking, quite good for the human capital sector, and particularly so for executive recruiters. “Since the new year started we’ve put out more proposals in the first two months than at any time since we started in 2009,” said Robert A. Foster, president of executive search firm Foster & Associates. “I don’t know whether this is the excitement over the Trump agenda but people seem to be very positive.”

Candidates that he and his recruiters have spoken to from all over the country, not just the hottest markets like Dallas, have largely been bullish about the economy as well. Mr. Foster’s firm serves a wide range of businesses, including industrial, insurance, technology, consumer, pharmaceuticals, and financial services, and he sees that enthusiasm across the board.

Among the factors to consider, Mr. Foster said, is the housing market. Housing prices obviously have gone up since the recession ended. With the improved economy, people are finally able to move forward and accept new positions.

“You had a lot of people whose houses were under water, and that made it hard for them to leave their jobs, especially since companies have become less inclined to buy executives’ homes except of those professionals at the highest levels,” he added. “I think the enthusiasm about the economy has helped to make people more mobile. It can be hard to move from one place to another if your house is under water. And though this might be a smaller factor, I do think it’s a factor.”

Since the recession, Mr. Foster said, companies had been holding back to a certain degree, but that has begun to change. “There was pent up demand,” he said. “People were holding back. They feel good enough about what’s happening with the economy now.”

Still, the Great Recession was less than a decade ago and few have forgotten it. “It’s fragile,” Mr. Foster said of the enthusiasm that marks the current economic situation. “People’s enthusiasm can wane pretty quickly if the Trump growth agenda gets bogged down. And that could easily happen.” Over time, he said, people have been cautiously optimistic. “But I would say the ‘cautiously’ piece has gone away, and that’s what’s driving the search market.”