Menu
View our Events
Stay Connected:
Salary increases are expected to largely hold steady at around three percent for 2020, according to a survey by Willis Towers Watson. High-skill roles and top performers should see bigger raises, as well as possible incentives and bonuses. 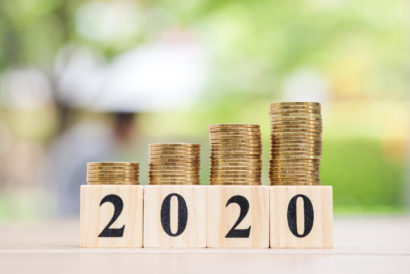 Some employers, however, are projecting modestly larger discretionary bonuses next year, while others are adding separate promotional budgets in their efforts to supplement employee salaries — with the goal of rewarding top talent.

Companies are budgeting slightly smaller increases for executives (3.1 percent in 2020 vs. 3.2 percent this year).

Virtually all companies (96 percent) plan to give raises next year, the same percentage as this year; however, more companies are formalizing their promotional increase budget (30 percent), which is up significantly since last year. Pay raises have hovered around three percent for the past decade. The last year employers provided larger increases was 2008 (3.8 percent).

Companies continue to reward their star performers with significantly larger pay raises than average performing employees. According to the survey, employees receiving the highest possible rating were granted an average increase of 4.6 percent this year, 70 percent higher than the 2.7 percent increase granted to those receiving an average rating.

“Despite an extremely tight labor market, most employers are either not willing or fiscally unable to increase their fixed costs across-the-board by bolstering their salary budgets,” said Catherine Hartmann, North America rewards leader at Willis Towers Watson. “Instead, many companies are doubling down on providing significantly larger market adjustments to employees in high-skill roles and selective pay raises to their top performers. Some employers are also recognizing the contributions of these employees with better annual incentives and discretionary bonuses.”

3 Ways to Find Senior Executives in a Tight Market

Having clients make adjustments when looking for talent in a tight market is fine when necessary, says David Nosal, chairman and managing partner of NGS Global. But when a search fails, it is the recruiter who is often at fault. Here’s why.

“While most companies are keeping their salary budgets steady, we are also seeing many companies getting creative with base pay beyond the traditional annual merit increase,” said Ms. Hartmann. “For instance, some employers are carving out increase pools for their high-potential and top performing employees, setting aside premium pay for highly valued skills, considering market adjustments for critical segments and providing more frequent increases outside of the annual cycle for in-demand jobs. Even with low unemployment rates, some clients are feeling uncertain about what the market will bear in 2020 and, therefore, continue to be selective on where they spend their compensation dollars.”

Salaries for highly skilled workers could boom in coming years as global talent shortages take hold, according to a report by Korn Ferry. Left unchecked, the salary surge could add $2.5 trillion to annual payrolls globally by 2030, jeopardizing companies’ profitability and threatening business models.

Win the War of Talent with Job Security Over Pay

Pay matters, but if that is all your company has to offer your employees, don’t be surprised if they walk away, says a new study by Randstad. Many workers want job security, and would even take a pay cut to get it.

The U.S. faces the biggest wage premium, estimated to reach $296.48 billion as early as 2020, and rising to $531.25 billion by 2030. The term wage premium refers to the additional amount employers will need to pay over and above the amount that wages would rise over time due to normal inflation to secure the right talent. Although major economies can expect the highest wage premiums, smaller markets with limited workforces will feel the most pressure, the Korn Ferry report said. By 2030, Singapore and Hong Kong — small economies with important financial centers — are forecasted to face a wage premium equivalent to about 10 percent of their respective 2018 GDPs. By comparison, the U.K.’s wage premium may be equivalent to five percent of 2018 GDP by 2030, while France’s wage premium may reach four percent of its 2018 GDP.

For companies that make the effort to upskill their existing workforces, there is an added bonus: “Employees who are connected to an organization’s purpose and feel they can make a meaningful contribution are much more likely to stay, even if they’re offered a higher salary elsewhere,” said Mark Thompson, senior client partner, reward consulting, Korn Ferry. “After all, in the future of work, employees who are adaptable and willing to learn, with enough flexibility to handle a rapidly shifting working environment and less-hierarchical structures are the ones with the most potential to succeed. In sectors and economies where there’s a surplus of mid-skilled and low-skilled workers, there is ample opportunity for development.”

Check Out These Related Articles On Wages: