Menu
View our Events
Stay Connected:
A Korn Ferry study shows that by 2030, a global deficit of in-demand employees could cost companies trillions and the average pay premium for skilled workers could skyrocket. Let’s take a closer look at the report’s findings. 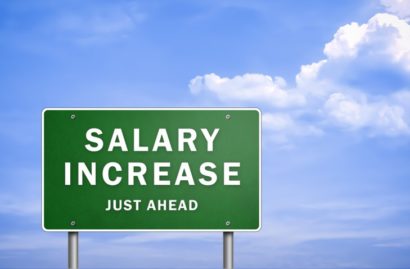 “Buying in talent from the market is unsustainable,” said Alan Guarino, vice chairman, Korn Ferry CEO and board services. “Instead, companies must focus on engaging and reskilling their current workers. With existing highly skilled workers, leaders must focus on what really drives retention. We know that employees who have the opportunity for career development benefit from inspiring leadership and feel their work has purpose, are more likely to stay at an organization, and – crucially – will be more engaged and productive.”

In tomorrow’s world of work, he added, the employees who will succeed won’t necessarily be the people with the highest level of academic achievement, Mr. Guarino said. “Instead, they will be the ones who are adaptable and willing to learn, with enough flexibility to handle rapidly shifting working environments and less hierarchical structures. Companies need to identify the talent of tomorrow and help them achieve their potential.”

A Look into the Future

By 2030, Korn Ferry estimated that the global supply of highly skilled labor will fall short of demand by 16 percent. The firm said this undersupply will push up salaries for available workers, so that wage bills increase directly in proportion to labor shortages. The U.S. faces the biggest wage premium, estimated to reach $296.48 billion as early as 2020, and rising to $531.25 billion by 2030. The term wage premium refers to the additional amount employers will need to pay over and above the amount that wages would rise over time due to normal inflation to secure the right talent.

As the skills shortage worsens over the next few years, Korn Ferry said that companies can expect their budgets to come under increasing strain as they compete for a limited pool of highly skilled workers, particularly in areas with low unemployment levels and in highly-skilled professions like engineering and finance.

4 Hiring Strategies When Talent Markets are Tight
Everyone is readying their horses at the starting gate for the 2019 race to hire the best people in the market. But with a list of tasks distracting recruiters from delivering results in an increasingly tight hiring market, many may be at their wits’ end to find quality talent.

“China, Russia and some other countries may be lulled into a false sense of security by the delayed onset of their skilled-labor shortages,” the Korn Ferry report said. “But if they don’t take action soon, they could rank among the most severely affected by 2030.”

While China’s highly skilled worker shortage won’t hit until after 2025, the report said China could see an additional wage bill of $342.54 billion by 2030, the third most costly of all economies analyzed. Russia can expect to pay an additional $102.13 billion in wages by 2030, as the highly skilled labor deficit leaps from zero in 2025 to seven percent of total demand just five years later.

India is the only country in the Korn Ferry study that can expect to avoid a spiraling wage bill since it is the only country the firm projected to have a highly skilled talent surplus at each milestone, meaning that the vast Asian nation is unlikely to witness significant wage inflation.

“The talent shortage will force companies to think differently about career progression,” said Ben Frost, VP and general manager, reward products, Korn Ferry. “If you don’t promote a highly skilled employee, a competitor probably will, so organizations may be pushed to award promotions earlier than they otherwise would.”

Skilled workers will be in a strong position to negotiate higher salaries as the gap between supply and demand for them widens, the report said. Employers need to adjust their approaches to recruitment and retention to ensure they have the right labor force and that their top talent doesn’t leave for the highest bidder.

Korn Ferry also found that the wage premiums in leading Western economies are lower but still significant. Highly skilled German workers may command an extra $16,026 annually by 2030, while those in the U.S. and the U.K. can expect to pay additional wage costs of more than $8,000 per worker each year in real terms.

Why the Global Talent Shortage Might be Here to Stay
These are tough days for finding talent in virtually every market sector around the world. According to top global HR leaders and executive recruiters, it is a situation that is unlikely to improve anytime soon. Better economic times, low unemployment and technological innovation have all been a blessing.

“As the skilled-worker shortage takes hold, employers will need to concentrate on reskilling lower-level workers,” said Mark Thompson, senior client partner, reward consulting, Korn Ferry. “This involves identifying those who are adaptable and flexible enough to be successful in the new world of work, and putting robust training and strategic workforce plans in place.”

Global talent shortages could result not only in vast amounts of unrealized revenue, but also in huge wage bill increases. Korn Ferry said that the temptation to fill the gap through sourcing freelance or contingent workers makes sense where demand is temporary, but it is not a sustainable approach to bridging what the firm believes is an endemic problem.

“Freelance workers are more expensive and even more difficult to retain than permanent members of the team” said Mr. Thompson. “The companies that thrive in this environment will be the ones that have built skilled-talent pipelines and long-term relationships with their people; these organizations will be able to withstand the demand surge that lies ahead.”

“Indeed, buying needed talent from the market will become too costly to remedy the situation alone,” he said. “Companies will need to focus on retaining and reskilling existing workers instead.”

Organizations should resist the urge to make less-skilled workers redundant as lower-level roles are automated, said Mr. Thompson. Instead, they should take the opportunity to retrain these workers to fill more complex roles designed around the individual employees’ skills, keeping valuable business knowledge in-house and reducing the need to source expensive external talent.

For companies that make the effort to upskill their existing workforces, there is an added bonus: “Employees who are connected to an organization’s purpose and feel they can make a meaningful contribution are much more likely to stay, even if they’re offered a higher salary elsewhere,” said Mr. Thompson. “After all, in the future of work, employees who are adaptable and willing to learn, with enough flexibility to handle a rapidly shifting working environment and less-hierarchical structures are the ones with the most potential to succeed. In sectors and economies where there’s a surplus of mid-skilled and low-skilled workers, there is ample opportunity for development.”