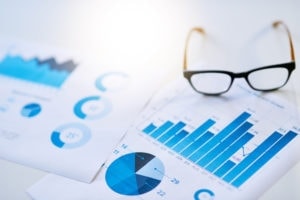 October 25, 2019 – Robert Half International Inc./(NYSE:RHI) posted third quarter revenues of $1.55 billion, up 5.9 percent from the same period a year ago. On a constant currency basis, revenue was up 5.4 percent. The results beat Wall Street expectations by 0.3 percent.

The Menlo Park, CA-based recruiting company recorded net income of $117 million, or $1.01 per share, compared to the prior year’s third quarter earnings of $115.2 million, or 95 cents per share.

“Persistent talent shortages resulted in continued strong demand for our staffing services in the third quarter, particularly in the United States,” said Harold M. Messmer, chairman and CEO of Robert Half. “Robert Half Management Resources was the standout among our staffing lines of business, and our Protiviti subsidiary also had a very strong quarter. We are pleased with the continued momentum we are seeing in our U.S. staffing and Protiviti operations,” he said.

Return on invested capital for the company was 42 percent in the third quarter, he noted.

Robert Half currently operates 325 staffing locations worldwide, with 86 locations situated in 17 countries outside the U.S.

Protiviti recently launched a cyber-risk quantification as a service offering in alliance with RiskLens, a provider of quantitative cyber risk management software. Through quantitative risk analysis using hard data, the offering enables CIOs and CISOs to answer their board of directors’ questions about the effectiveness of their cybersecurity program with confidence, make better decisions about budgets and technology investments, and assist in meeting regulatory requirements.

Recruiting Sector Jumps 13.9 Percent
A constricting labor market with low unemployment means companies are struggling to find qualified talent. When the right people are found, the costs associated with hiring them are rising, making a lengthy onboarding process now the rule, not the exception.

In the quarter, Robert Half bought back around 1.5 million shares for $80 million. The company has 3.4 million shares available for repurchase under its existing repurchase plan as approved by the board of directors. It paid out $36 million in dividends.

Shares of Robert Half declined 4.5 percent over the past year compared with 3.2 percent decline of the industry it belongs to, according to Zacks Equity Research.