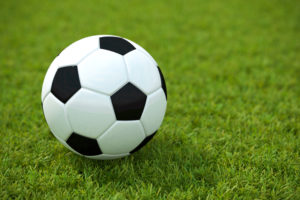 October 24, 2019 – The sports and entertainment field is among the most active and fast-growing sectors for executive search businesses, with many C-suite-focused recruiting firms having been drawn to it. Recently, Russell Reynolds Associates placed David Pemsel as the new CEO of English football’s Premier League. He will begin his role “no later than April 2020,” and replaces Richard Scudamore, who retired last year after 19 years in the league’s top post.

Mr. Pemsel is currently CEO of Guardian Media Group (GMG), where he has led the company’s transformation into a more digital, more international media brand and has overseen the organization’s first operating profits in its news business for 20 years, delivering record revenues in 2019.

“We are delighted to welcome David to the Premier League,” said Bruce Buck, chairman of the Premier League nominations committee and Chelsea chairman. “His straightforward style and personal integrity make him an ideal person to lead the business.”

“At the Guardian, he has shown strong leadership through a period of change and transformation,” he said. “Returning the group to profit is an impressive achievement and has demonstrated that he can develop and execute a transformational plan in an ever-changing business landscape. In addition, he has worked with the big players in digital and media and has managed diverse groups and constituencies.”

Mr. Pemsel is a proven CEO who led the strategic and commercial expansion of Guardian Media Group into an international business. He brings additional management experience from his earlier roles, which include: group marketing director at ITV; partner at boymeetsgirl, working with Channel 4, Disney and Discovery; managing director and partner at Shine, the TV and film production company; and managing partner at St Luke’s Communications, where his clients included Sky and the BBC.

“I am thrilled to have been offered this incredible opportunity,” Mr. Pemsel said. “The Premier League is the most-watched football league in the world and I am very excited to be a key part of that. As a football fan, I understand just how important the game is to supporters and our national identity and I am honored to take the helm of such an influential and prestigious organization.”

Neil Berkett, chair of Guardian Media Group, said: “In highly turbulent times in the global media sector, David has been an outstanding chief executive and tireless in his pursuit of the company’s goals. Under his leadership GMG has restored its finances to a sustainable position and become a much stronger, better business. Everyone at the Guardian wishes him well and we are sure he will continue to thrive in his new role.”

Earlier this year, Spencer Stuart had recruited Susanna Dinnage to assume the role. She was set to become one of the most prominent women in professional sports, but six weeks after her hiring the former leader of Discovery Communications said she would not take the role. Ms. Dinnage offered no public explanation for her change of mind. The league offered no explanation as to why they changed search firms to direct the assignment.

Most Watched Sports League in the World

It is the most watched sports league in the world, broadcast in 212 territories to 643 million homes and a potential TV audience of 4.7 billion people. Comprised of 20 clubs, it operates on a system of promotion and relegation with the English Football League (EFL).

Russell Reynolds Associates provides executive search services across all areas of the global media, entertainment, technology and athletics markets. The firm’s consultants bring the experience and ability to assess competencies and cultural fit of board members, CEOs, senior functional leadership and players, with expertise in professional sports teams and leagues (CEOs, general managers, coaches and players); digital, media and entertainment; and technology-based start-ups.