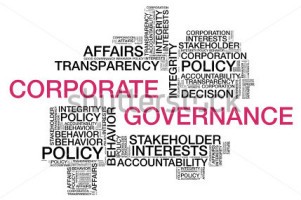 September 22, 2015 – Egon Zehnder has recruited Michael Traill and Andrew Fraser to serve on the board of directors of Sunsuper. Messrs. Traill and Fraser are the second and third directors to be appointed in recent months who are not direct appointments of Sunsuper’s shareholder bodies. The first was Jenni Mack who was appointed in July; she, too, was recruited to the company by Egon Zehnder.

“The board has carefully considered its scale, scope, and strategic intentions and added three new highly qualified directors to its composition accordingly,” said Scott Hartley, CEO of Sunsuper. “Michael and Andrew’s appointments are not only critical to enhance the good governance of our holdings in private equity, but their extensive experience in this field, as well as strong expertise across a broad range of commercial capabilities will support the ongoing development of the business.”

Mr. Traill comes to the role after an extensive career in private capital investment including 14 years as founding chief executive of Social Ventures Australia (SVA), and prior to that 13 years as an executive director at Macquarie Bank, where he jointly founded the organization’s private equity business, Macquarie Direct Investment. He is currently the chair of Goodstart Early Learning, the SVA Leadership Council and Social Impact Fund, as well as the Opera Australia Capital Fund. He also holds directorships with Australian Schools Plus, Australian Philanthropic Services, and MH Carnegie and Co.

Mr. Fraser is currently head of strategy and investment at the National Rugby League. Before that, he had a long history in government being elected to the Queensland Parliament in 2004 – a career that culminated in his appointment to the role as youngest ever Deputy Premier of Queensland and treasurer of Queensland from 2007 to 2012.

“Michael and Andrew’s influence in the nation’s commercial sector and, in particular, their deep collective understanding of private capital and investment management, as well as their strong links to the community through their philanthropic and civic activities, will perfectly complement the current board make-up,” said Sunsuper chair Ben Swan.

Sunsuper is one of Australia’s biggest super and retirement businesses with 1.2 million members and $32 billion in funds under management. Over 67,000 employers pay money into Sunsuper funds.

Director recruiting has grown markedly more challenging in recent years. According to Egon Zehnder, the heightened expectations now placed on boards have elevated both the professional standards and personal commitment required of all directors. At the same time, many boards find that the supply of independent-minded ‘board experienced’ directors – especially those who can add vital forms of specialized skills and expertise – is limited, as such candidates are both widely sought after and sometimes hesitant to take on the intensive responsibilities of board service today.

Check Out These Related Board Of Director Articles: