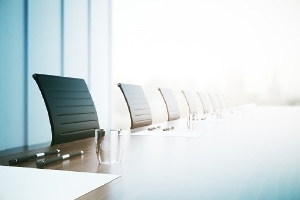 April 19, 2018 – Boyden has placed Joe Guith, Matthew Wadiak and Etienne Patout as members of the board of directors at Goodwill Industries International. “After an exhaustive search, Boyden is enthusiastic about the talent that Joe, Matthew and Etienne bring to the Goodwill team,” said Alicen Blair-Sibly, a managing partner of Boyden in Atlanta. “Each new board member is integral to the growth of the business.”

Mr. Guith is the president of McAlister’s Deli. He initially joined FOCUS Brands, parent company to McAlister’s Deli, in 2014 as chief operating officer for Cinnabon, and assumed the role of brand president in 2015.

Mr. Wadiak is the co-founder of Blue Apron, an ingredient-and-recipe meal-kit service that provides a weekly box of ingredients for home preparation. He served as chief operating officer of Blue Apron Holdings from 2015 to 2017 and served as its chief product officer from 2012 to 2015. Before co-founding Blue Apron, Mr. Wadiak served as CEO of Cooks’ Venture from 2003 to 2012. In addition, he founded Plank Pilates Studio in 2009.

With more than 20 years of experience within the consumer packaged goods industry, Mr. Patout is the former chief marketing officer at Pharmavite. Before that, he served as general manager and vice president for wholesome snacks at the Kellogg Company. Mr. Patout also previously worked at Kraft Foods where he was responsible for a number of key brand portfolios and gained recognition for being a business leader for reinvention and innovation.

Goodwill Industries is a network of 162 community-based, autonomous organizations in the U.S. and Canada with a presence in 13 other countries. It provides job training, employment placement services and other community-based programs for people who have barriers preventing them from otherwise obtaining a job.

Ms. Blair-Sibly has participated in and completed hundreds of searches at all levels, from personal contributors to top level executives, including board of directors, C-suite, director, investor relations, vice president, as well as building accounting, finance, sales and information technology teams.

Director recruiting has grown markedly more challenging, say recruiters who conduct searches in that area. According to Egon Zehnder, heightened expectations now placed on boards have elevated both the professional standards and personal commitment required of all directors.

Greenwich Harbor Partners has been enlisted by Teach for America – New York to recruit for multiple board positions. The firm recently filled the first board spot with the placement of Deborah Rosado Shaw as a director. The assignment was led by Carrie Pryor and Ted Pryor, managing directors of the Greenwich, CT-based search firm.

Polachi Inc. placed Sam King and Angela Tucci as new members of the board of directors at Progress Software in Bedford, MA. Ms. King is senior vice president, general manager and chief strategy officer of Veracode, the application security business of CA Technologies. Ms. Tucci is CEO of Apto.

Kincannon & Reed placed Roland Wolfram and Elin Miller as new members of the board of directors at Fall Creek Farm & Nursery. Mr. Wolfram previously served as VP and general manager of emerging markets at Nike. Ms. Miller is a veteran agricultural and management executive with more than 30 years of senior leadership experience in the corporate, government and …

Executive search firm Diversified Search has placed Christopher M. Connor as a member of the board of directors at International Paper Company in Memphis. Managing director Lauren E. Smith led the assignment. Mr. Connor retired as executive chairman of the Sherwin-Williams Co. in December.

Korn Ferry assisted Mutual of America Life Insurance Company in adding Dr. Ellen Ochoa to its board of directors. Alan Guarino, vice chairman in the firm’s CEO and board services practice, led the search along with senior client partner Maureen Ryan. Dr. Ochoa is the director of NASA’s Johnson Space Center.

Spencer Stuart assisted Fred’s Inc. (Fred’s Pharmacy) in adding Christopher W. Bodine, Peter J. Bocian, and Michael K. Bloom to its board of directors. The directorship placements are part of an ongoing reconstitution process at Fred’s in which the board has been actively engaged, with the assistance of Spencer Stuart.

Check Out These Related Articles On Board Recruiting: